Todd Howard has a “one-pager” for Fallout 5. Perhaps Bethesda Game Studios is working on bringing that initial design doc to life, or maybe it handed development over to another studio as it did to Obsidian for Fallout: New Vegas. Either way, the developers probably have some clue as to what it’s going to be about. And we don’t.

That gives us a golden opportunity to put forth an idea that will horrify you: the idea of a Fallout 5 set in the world before the bombs drop. The snatches of Fallout’s pre-war world were always its most gripping narrative element. The very first thing the original CRPG shows you is a world clinging onto the visual language and cheery public service broadcasts of our real-world post-war America, despite having been bombed to a fine paste. How and why did that culture form?

In that first RPG, and indeed all its sequels, an alt-history timeline plots depleting resources and superpowers squabbling over the scraps, leading of course to a giant nuclear war that leaves the world irreparably brown. So what was life like during those years, from the 2050s to the 2070s?

It was markedly different from life in Fallouts 1-4, certainly. Nation states still governed their populations, law and order seemed to have not yet crumbled entirely, and yet were subject to massive turmoil. There were smaller-scale nuclear conflicts, ground-level invasions fought by soldiers wearing power armour, shady government experiments, and vaults hastily knocked up in preparation for an imminent nuclear holocaust. And all the while, America persisted with the 1950s rosy-cheeked optimism we see in Fallout 4’s prologue and hear in Vault-Tec videos. It’s a society that refuses to accept its reality, even as it plans for its devastating conclusion. 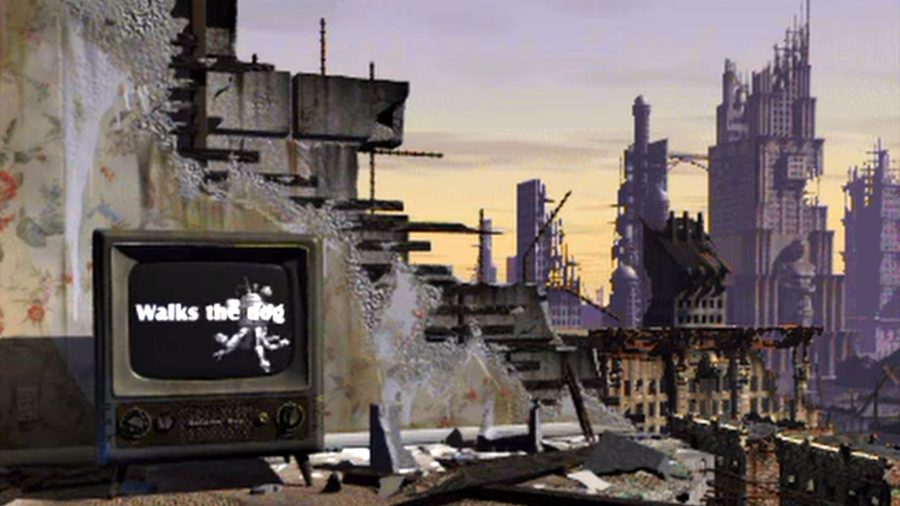 Tell me that’s not better than walking around another nuked city and poking around for bottle caps in a bungalow full of skeletons.

Even in the relative safety of US home soil, battles are plausible

More than that, a pre-apocalyptic setting is a striking departure for the wider games industry. By now we’ve explored every possible aspect of worlds destroyed by atom bombs: human greed, weather events, plagues, zombies, megacorporations, climate change, and famines. They’re presented to us in various shades of brown, grey, and green, and weave stories about rudimentary societies where life is cheap, cars are weaponised, and shoulder pads are the be-all and end-all in men’s fashion.

Post-apocalyptic settings are overused in pop culture because they so easily allow creators to rewrite the rules of society. Pre-apocalypse, on the other hand, is virgin territory. It’s an open goal for some Adam Curtis social commentary, if that’s your thing – what does a world on the verge of collapse look like, and would we even see it coming? Fallout provides a unique opportunity to investigate these questions because we know its post-nuked world so well.

There are problems with a pre-war Fallout 5, of course. The first is that we already saw that world for about ten minutes in Fallout 4 and it wasn’t especially gripping. The mitigating factor there though is that it was largely spent manipulating sliders to make someone’s nose width match yours in a bathroom mirror, and then legging it inside a vault. There were colours for a few minutes there, and the briefest of glimpses at normal life before the bombs fell, but you’d hardly say that intro showed us the world before the Great War. 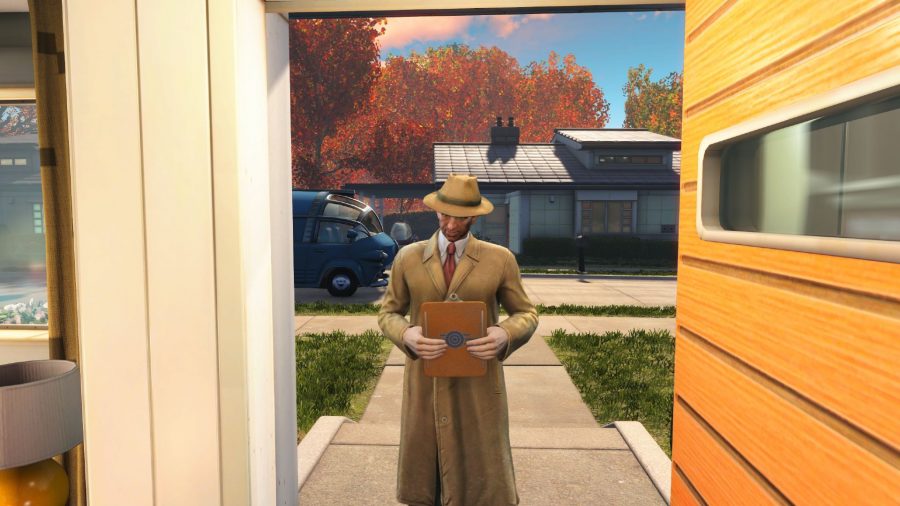 The second and perhaps most salient problem is that every system, item, and gameplay element in a Fallout game since 1997 has been designed with a post-apocalyptic setting in mind. I’ll admit that seems, at first, like a bit of a hurdle. There’d be no RadAway because there’d be no radiation. Ghouls wouldn’t exist. You wouldn’t wear a Pip-Boy or a blue jumpsuit, bottle caps would just be worthless bottle caps, and who would you even spend three VATS points bludgeoning in the head with a spiked baseball bat? Why would your baseball bat even have spikes nailed through it?

what does a world on the verge of collapse look like and would we even see it coming?

Let’s go back to the turmoil of the 2050s to the 2070s. In December 2053, Tel-Aviv is nuked, and Europe and the Middle East trade a few bombs with each other the following January. So parts of the world are already irradiated. One year later, 122 nuclear bunkers are commissioned by the US government.

There are skirmishes between the US and China throughout the next two decades, first taking place in Alaska and then, in 2074, in China itself. That gives us armed conflict. War. So you can count on Ron Perlman’s gravelly voiceover to tell us how war never changes, lending some familiarity to our pre-apocalypse Fallout 5. But this is also a world where mercenaries might operate, along with small-time gangs like Fallout 4’s Triggermen and cults like the Children of Atom. Even in the relative safety of US home soil, battles might plausibly break out. It’s a big country, and it’s hard to imagine there aren’t pockets of it that have slipped into lawlessness while the world sleepwalks into oblivion. 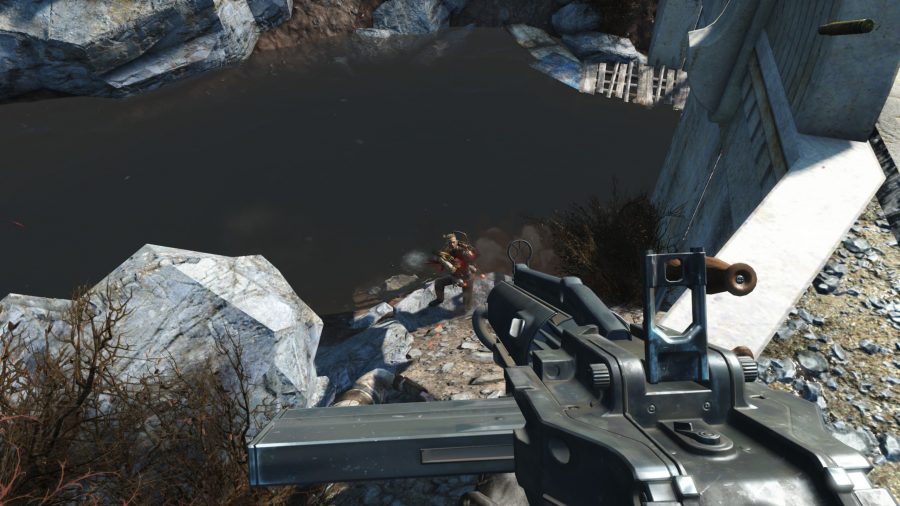 That gives us just enough of a mandate to set a recognisably combat-focused Fallout 5 in the period just before the Great War. A chance to explore the creative vision Leonard Boyarsky, Tim Cain, Jason Anderson, Scott Campbell, and Chris Taylor first put forth in 1997, just from a slightly different perspective.

We’re right to fear prequels after Jar-Jar, but we can’t go on shooting mutants in crumbling diners forever. Our franchise-saturated minds are conditioned to expect the same game in a new engine, but Fallout has a rare capacity to withstand greater exploration and experimentation. Let’s see it, if for no other reason than to stop Fallout 5’s reviewers from using that quote about war in their intros.