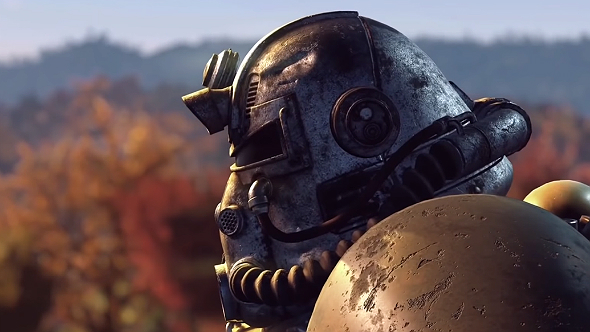 Fallout 76 will give you the opportunity not only to explore and inhabit the West Virginia wasteland, but to be parched and starving in it too. At least, that’s the distinct impression we get from its earliest gameplay footage, which briefly shows two bars on the UI – one marked with an icon of a knife and fork, the other with a drop of water.

The sight immediately brings to mind the Hardcore mode featured in Fallout: New Vegas, which enforced regular food consumption and hydration – even if that meant supping from a toilet bowl to stay alive.

Fallout 4 shipped with a Survival mode that simply made the game very hard, but Bethesda later implemented a New-Vegas-style survivalist option via a patch – so we know they’re into the whole toilet bowl thing.

Sucker for survival elements? Check out the best sandbox games on PC.

This intriguing glimpse came courtesy of Bethesda’s lengthy E3 showcase, which included a chunk of Fallout 76 gameplay as its centrepiece. There’s an alternative interpretation here, which is that the hunger and thirst meters represent the needs of a settlement.

Fallout 4’s construction tools are returning in Fallout 76 in expanded form. However, the fact that the bars appear at the bottom of a general interface rather than alongside defence and population stats suggests they track your personal survival stats instead. 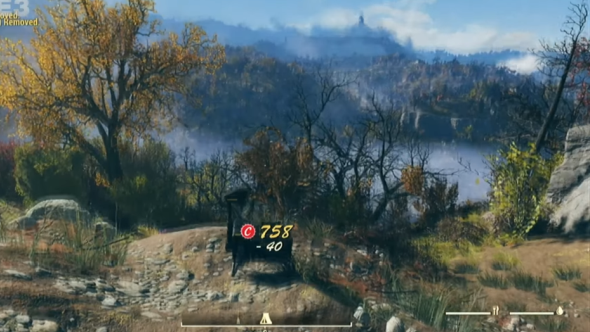 You can see those bars in the bottom right of that screenshot above. Fallout 76’s survival mechanics are just one of the features we cover in our article that goes over everything we know about the upcoming online RPG.

Oh, and if you don’t know, Fallout 76 is out onNovember 14th.This year. Still not over that yet.