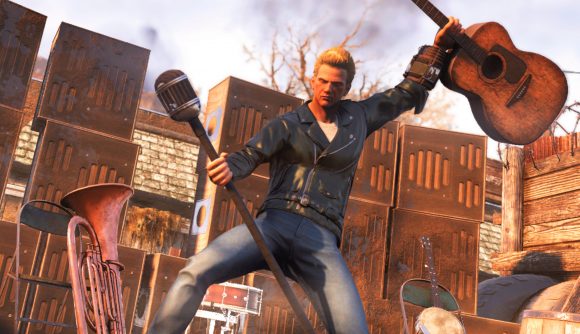 Fallout 76 has not made a positive first impression. But hey, the game exists, it’s a new year, and Bethesda has plans to improve and expand the game in 2019. The team has detailed some of what to expect from these updates. Some of them we’ve heard about before, but others come as a surprise.

The most noteworthy addition is the inclusion of player vending. Bethesda is staying vague on the details, but apparently you’ll be able to set up shop and sell what you craft in the near future. And here’s the part where we talk about the problems with 76. Item duplication glitches are a major issue in the game right now, and it’s tough to imagine player shops being well-received without this more fundamental issue getting fixed first.

Bethesda says the next big update, due out this month, “will address many of the issues you’ve been providing feedback on,” similar in scope to the big update that came early in December. Hopefully that’ll include fixes for the exploits causing issues with the in-game economy. (A hotfix for the nuke bug should be coming even sooner.)

Other updates to follow this year include new quests, weekly events, and new Vaults opening up. Bethesda has discussed all those features before, but there is another significant new announcement in the blog post: a “new PvP mode.” As with player vending, there’s no more detail than that for now – but it’s a thing to expect in the relatively near future.

You can still read our Fallout 76 review if you want to know what we thought of the game at launch. There’s a lot of work to be done on this take on the post-apocalypse, but at least Bethesda has plans for further improvement.