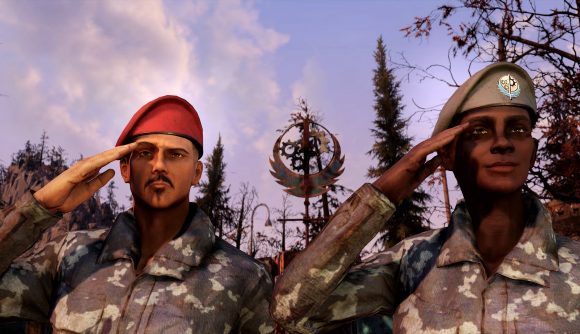 A group of Fallout 76 role-players have once again found themselves suspended from Facebook. Members of The Free States Militia logged on a few days ago to find a message that reads: “you can’t comment until February 7. You have posted things that don’t follow our Community Standards more than once.”

The group’s leader, Bobby, who wishes to remain on first name terms, tells us that the suspension happened without warning and that the group has no way to appeal it. “This time we have no idea why [we’ve been banned],” he says. “We have been careful. We took ‘Militia’ out of our name on FB and added videogame lingo to our descriptive text.”

In case you missed it the first time around, Facebook disabled the Free States Milita’s Facebook group last year alongside its admins’ accounts. As we previously reported, this was done in error, and Facebook apologised and reinstated everything. Bobby tells us that the penalty is different this time around – the group is still there, as are the admins’ accounts, they just can’t post or interact with anything until February 7.

So why are they banned? Facebook has said nothing beyond the peremptory message above, so we can only speculate. The social media giant does have policies against “violence and criminal behaviour” that include “organisations or individuals that proclaim a violent mission or are engaged in violence”, but the Free States Militia is entirely Fallout-based. Bobby explains the group has taken steps to make this clear, altering their description so it can’t be confused for something that applies to the real world:

“Even in the written stories, we have been careful to alphanumerically substitute letters in certain words so the intent of the story can be met without using what we thought were the trigger words,” he explains. 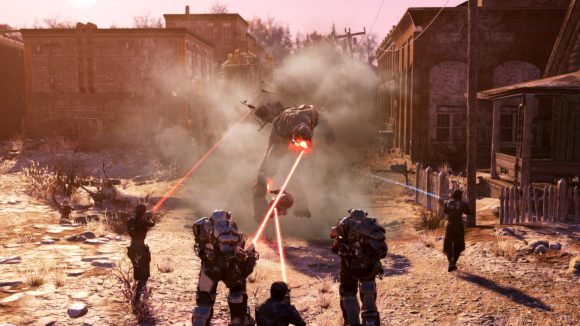 Bobby also tells us that he’s an admin in trading and auction pages for Fallout 76 weapons and gear, and even posted something right before the ban. Even there, though, the team have been careful with what they write, and have opted for “terms such as @cid, or @mmo, or [email protected]” to avoid suspension.

The FSM leader does admit it’s possible the group got caught up in a social media crackdown from Facebook following last week’s attack on the Capitol building, the seat of the United States Congress, by supporters of President Trump. In the past few days, Twitter has suspended 70,000 QAnon accounts, and Facebook is banning the phrase “stop the steal”.

Regardless of the reason, though, Bobby tells us that the group is moving on from Facebook when the ban ends. “I’m done with it,” he says. “Our club is done with it. Facebook has serious errors in their bots and algorithms. I have a club to run and can’t constantly be interrupted amid events involving multiple clubs.”

The event Bobby refers to is a giveaway the Free States Militia were doing with several other factions. Because of the group’s reach on the platform, Facebook is an ideal place for them. It’ll be a blow to move on, Bobby admits, but it’s one he’s willing to take.

“A part of our club’s success is our reputation in the Fallout 76 marketplace. I was a senior admin in the FO76 PS4 Auction House and the Merchants Guild, and I’m part of several multi-faction admin chats. Facebook messenger has an overlay. I can have something else open on my phone with the messenger bubble up top. It allows mass tagging, easy message creation, page linking, and networking.

Related: all the Fallout 76 factions you can stumble across

“It’s what we have all known since 2007, long before the game. It’s an easy-to-use platform. Our multi-faction events were super easy to mass broadcast on all the pages we were part of. Now we have to start over, basically, and page members have to learn a new platform.”

We’ve reached out to Facebook for more information and will update this story if we hear back.