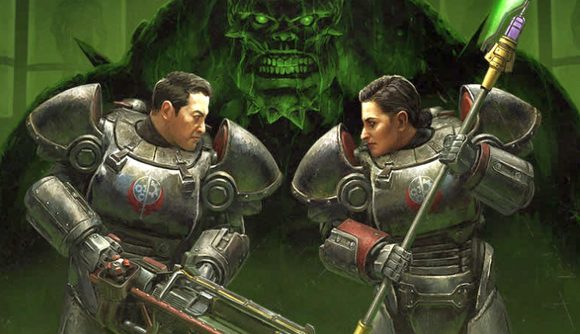 It’s a big week for Fallout 76. The post-apocalyptic MMORPG’s Steel Reign update has just landed, bringing a conclusion to the Brotherhood of Steel storyline, and a lot more besides. It looks like the week has brought something else less fun, though, with a bug that’s causing some issues with weekly challenges. But, Bethesda has said it’s aware of the problems, and will be rolling out some bonuses to help make up for any lost rewards.

On a subreddit post highlighting that the issue’s being looked at, Bethesda community manager Valseek has confirmed the devs know about the bug and have plans to make up the shortfall. “We are definitely aware and want to make sure everyone is able to get all of the S.C.O.R.E. they would have earned if these weeklies had been available this week,” the dev says.

It seems the issue was causing the latest batch of weekly challenges to show up as already complete when players hopped in to check on them, meaning they lost out on their opportunity to scoop their S.C.O.R.E. point rewards.

While the studio cannot replace the ones that have been hit with the pesky bug, the good news is you’ll get a couple different ways to get the S.C.O.R.E. points you’ll be missing this week very soon. Be sure to keep a weather eye on Bethesda’s channels as there might be more information to come about this soon.

In the meantime, there’s plenty to get stuck into with the arrival of the Steel Reign update, the patch notes for which can be found on the game’s site at that link. There are new quests, locations, gear, legendary upgrades, and more just landed with the update.