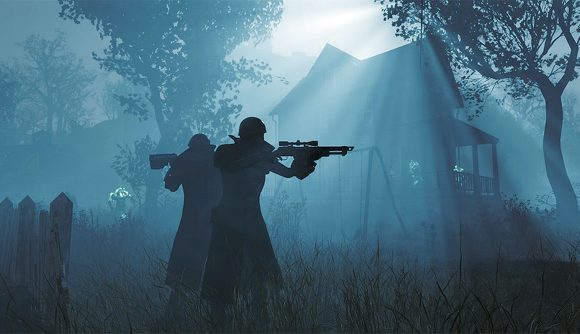 Earlier this summer, Fallout 76 developer Bethesda unveiled its plans for bringing custom servers to the post-apocalyptic MMORPG. Called Fallout Worlds, they’ll feature primarily as part of the game’s Fallout 1st paid subscription and offer a huge range of customisation options. Now, the studio has given us a new, more in-depth look at how these custom servers will work as part of QuakeCon 2021, and explained that these allow you to “decide how you want the story to be told”.

The upcoming feature was showcased in a new clip with some of its developers, which you can check out if full below (with the Fallout Worlds focus kicking off at around the 6:50 mark). The menu screen showing the Fallout Worlds option indicates that they’ll be for up to a maximum of eight players and won’t share progression with the normal Adventure mode. Naturally, you also won’t be able to pick up account rewards while playing in Worlds, going by the clip.

The range of customisation get a showing in the preview, and they do look extensive. You can tweak all the basics, like difficulty, damage (dealt and received), enemy spawn options, infinite ammo, and the like, but there are also more specific customisation offerings, like CAMP placement, height, and budget settings. There are also dismemberment levels (one in the clip is set to “always ‘bloody mess'” – yikes), power armour drain, and map location reveal settings to tinker with.

It sounds like it’ll be easy enough to hop from the normal Adventure mode into any custom would you want to dive into. Fallout Worlds lead Bo Buchanan explains in the clip that the studio’s aiming to make the experience of playing in a Fallout World “very seamless and easy to deal with”, by automatically forking your selected Adventure character and separating it out when you jump into another World. 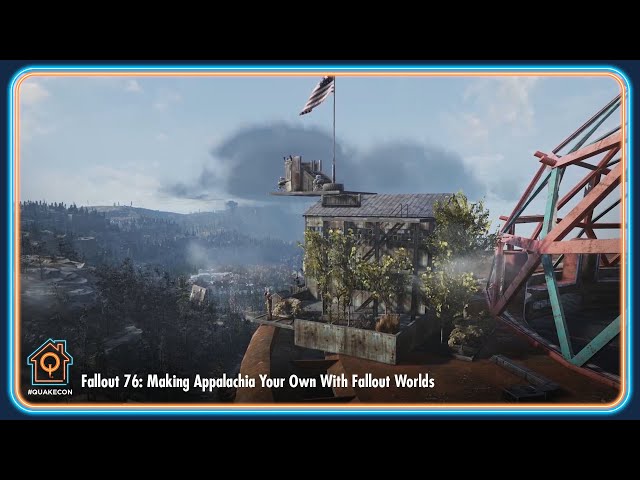 That means you’ll get your own “line of progression” specific to each World, regardless of whether it’s one you’ve created, a friend’s that you’re visiting, or one of Bethesda’s Public Worlds – another new type of the upcoming feature, which the devs also explore in the video. None of the progression you make in these Worlds folds back into the main game, so it sounds like there’s a pretty high level of freedom and flexibility in trying out Worlds. You can also take away one of those separated lines of progress and re-import the progress you’ve made in Adventure mode back into a World if you want to bring your higher level, well, everything over.

Related: Here are the best MMOs and MMORPGs on PC

“Really, Fallout Worlds is kind of like a belief and an initiative to try to add the legacy of user customisation to 76,” Buchanan explains in the clip. “Bethesda has a long, storied history of allowing users to customise games, make them their own, and tell their own story, and that’s something we want to do in 76 as well.” Fallout Worlds are “where you can take the full customisation available and you can decide how you want the story to be told,” he later adds.

Fallout Worlds will come to the live game in September, but are available to try out on the game’s Public Testing Server now if you’re keen to give ’em a whirl.