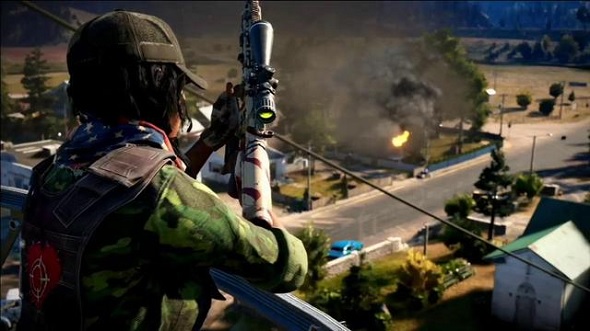 Almost immediately after Far Cry 5 was released, its map editor mode was harnessed by dozens of players all looking to recreate battle royale games. Maybe you saw the news stories about it that circulated during launch week. Maybe you thought, ‘Wow, that’s a masterstroke from Ubisoft! Instead of hurriedly repurposing a game to cash in on the latest trend, they got their players to do it themselves’.

Fortnite or PUBG? Find out which battle royale game is best for you.

Well, Epic Games and PUBG Corporation investors, I’m here to tell you that your money is safe. Far Cry 5’s smorgasbord of half-arsed PUBG multiplayer maps aren’t going to pull away millions of players from Fortnite, PUBG, or even H1Z1. Because try as I might to have that particular brand of multiplayer shooter fun with Far Cry 5, it has consistently eluded me since launch. 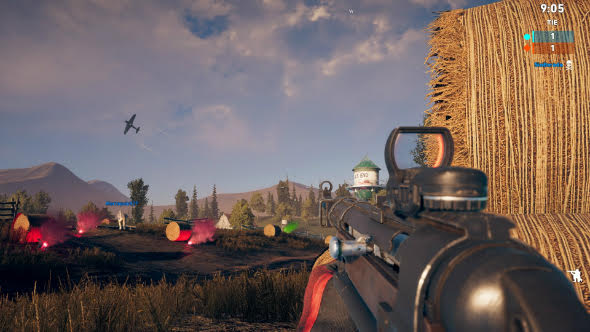 Let’s back up, though. The game’s Arcade mode works by giving players the building blocks of Far Cry’s levels (and a few other Ubi games to boot) and empowering them to create solo or multiplayer experiences of their own particular visions. Some example maps Ubisoft Montreal featured at launch included a solo speedrunning level filled with stuffed deer and floating clocks. Another turned Far Cry into Io’s Hitman, placing a lone target in the centre of the map and tasking the player with his assassination. He’s surrounded by guards and behind a locked door, naturally.

If there are players out there who took Ubisoft’s cue, their work isn’t evident in Arcade mode’s map browser. Instead, there are dozens – possibly even hundreds by now – of maps called simply ‘PUBG’, or alluding to Fortnite or the battle royale genre as a whole. Very few of them have a community rating above three stars.

The other distinct flavour of community content is a kind of COD-inspired team deathmatch map full of chokepoints and vehicles – competent but characterless. These tend to get the higher ratings because, generally, they’re a decent laugh when they appear on the map rotation. 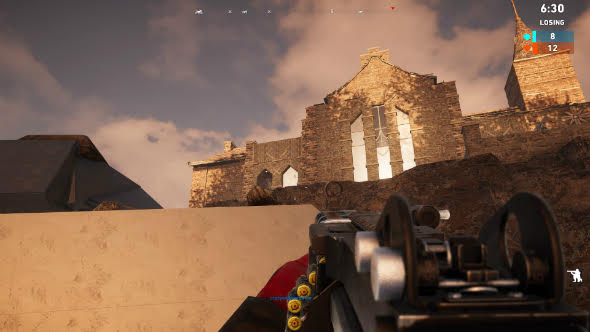 OK, so for the budding battle royale player in Far Cry 5, there are two problems: one of quality and one of fiddliness. Despite their large volume, PUBG imitator maps don’t often appear on public lobby map rotations. Because they don’t have high star ratings. Because they’re not very good.

You can bypass this inconvenience by creating a private multiplayer lobby and inviting some friends in, but that comes with its own, fresh, inconvenience: trying to find sufficient online friends to play a battle royale game with. Far Cry 5’s server max is 12, and although the game will let you create a private lobby and launch a multiplayer game with just two players – well, it’s a pretty sorry state of affairs to attempt 1v1 PUBG.

Even in ideal conditions, with 12 players all on a battle royale map, the experience is sorely lacking. Everyone respawns and there simply isn’t enough time to build tension in any of the maps I’ve sampled. Really, the fun is to be found in recognising the tropes and enjoying how they’ve been engineered, rather than judging the resultant collection of Macgyvered design solutions by the standards of the world’s most-played games. It’s impressive that an amateur community creator can approximate the parachute drop that must begin each battle royale game – and really highlights how slick Far Cry 5’s aerial controls are in the first place – but that doesn’t mean it’s a decent substitution for your existing evening habit. 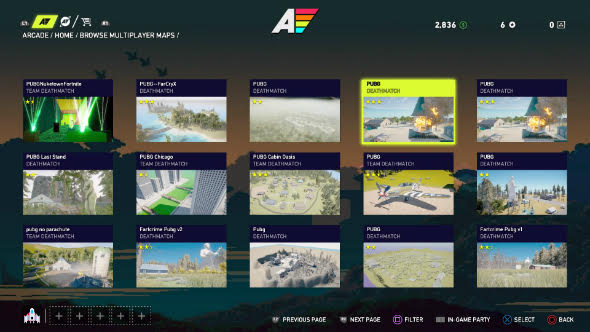 What’s highlighted most by the fan-made attempts to ape PUBG’s map is how deceptively brilliant the original Erangel is in the first place. If you assemble enough derelict townhouse and dour bridges under an overcast sky, you can certainly create a passing resemblance, and most maps bearing the PUBG nomenclature in Far Cry 5 do at least achieve that. Even within a much smaller scale, they convey the sense that you’re inhabiting the same universe. But the devil’s in the details, isn’t it? It’s the wayPlayerUnknown and his team placed those dour bridges, surrounded by sniper-friendly hills and towers. The ebb and flow of wide open areas and built-up clusters of buildings with their promise of better loot. PUBG’s player base sustained itself for a year with that one map. Much the same can be said of Fortnite, despite its resemblance to a Saturday morning game show for kids.

Perhaps you’re reading this thinking, ‘Yes, obviously a thrown-together mod for Far Cry 5 isn’t as good as PUBG’. You know that and I know that. The game’s hard-coded 12-player max and respawns were never going to allow a genuine contender to rise from a lighthearted modding scene. What’s disappointing, I suppose, is that the community didn’t find a way to turn those limitations into strengths, and birth a new crossbreed that took on a life of its own.

That’s partly down to how cumbersome Arcade is to use. It’s not particularly good at putting new and inventive experiences in front of you as it’s limited to some very basic search options and is quite confusing to use. You may find a map in the browser and want to play it right away, but – ah, ah, ah, to quote Dennis Nedry’s finger-wagging pop-up in Jurassic Park: the best you can do is favourite it and either hope it comes up in a public vote, or create your own private lobby.

Not all PUBG maps are created equal. Island Battleground V2 feels like it’s created for these confines rather than simply trying to ape PUBG.

The title’s a bit optimistic but it definitely has its moments. Its scaled-down map is perfect for 12 players and produces the same kind of tense chokepoint encounters you often find in its more traditional team deathmatch maps. Weapon placement feels just right, too. But if you want to check it out, you’ll have to put your faith in the map rotation gods on the public servers, or find 11 friends who are free right now.

Then there are the examples that embrace the game’s existing strengths in entirely different ways, like this all-animal brawl:

Yes, the Yeti was always going to win that one. But wasn’t it fun to watch it anyway? And wouldn’t PUBG and Fortnite be greatly improved with roaming hostile fauna? It’s a little glimmer of what might be possible had the level editor toolset been more powerful. 12-player survival gameplay would feel that much more tense with dozens of wild turkeys on the prowl.

Less than a month after launch, though, efforts to produce a genuinely rewarding and replayable battle royale map that doesn’t trade on novelty value seem to be stalling. The community is obviously filled with talented, imaginative creators, but the effort to subvert Far Cry 5 into other genres has mostly given way to very playable, and very familiar, team deathmatch maps.