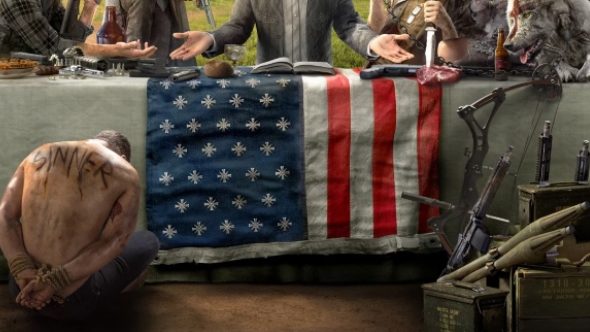 When Far Cry 5 was announced, it looked like the game was primed to be a piece of political satire, a comment on Trump’s America, or even a look at religious extremism from an angle relatively untouched by videogames. Apparently that’s not the case at all.

Predict the future with our list of upcoming PC games.

In an interview with the BBC, executive producer Dan Hay explains that videogames are coming to the stage where they’re able to tackle different topics and explore different themes. Videogame creators are becoming more brave, it’s true. There are now plenty of game stories that hold a mirror up to the real world, particularly in the indie scene.

It would be refreshing to see a triple-A studio tackling tough subjects with a bit of bite, though. After all, Ubisoft even claimed that The Division – a game about weaponised capitalism and armed civilians fighting for the streets of New York – had no political message. Now they’re taking the same approach with Far Cry 5.

“We now have the ability to explore some of these different themes and different ideas, and so I think we knew that we were going to make something that was interesting,” Hay says. “Sometimes I get asked the question, ‘well did you know and does it have a specific political comment?’ It doesn’t. We made this game, the idea for this game, you know, three years ago, two and a half years ago, and had no idea what was going to happen in the world.”