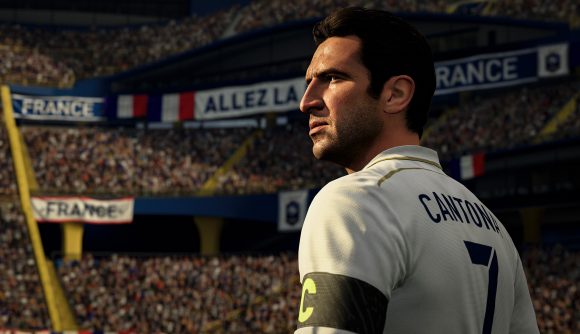 EA Sports has made the call to ditch FIFA’s demo this year and focus on tightening up the experience. The football game developer hopped onto Twitter to give fans the update, further explaining that you can still give it a go if you subscribe to EA Play.

“We aren’t releasing a demo for FIFA 21,” the tweet reads. “Instead we’ve made the decision to focus our development team’s time on delivering the best full game experience for current and next-gen consoles. We look forward to EA Play members jumping in ten days from now and launching the game October 9.”

If you’re curious what’s new this time around, EA says that FIFA 21 comes with all new attacking systems that make it the “most intelligent FIFA gameplay to date”. That’s all well and good, but I’ll still just hoof the ball up the park like I’m Tony Pulis managing Stoke City. Volta Football is also back alongside the usual offerings such as Manager Mode and FIFA Ultimate Team. In case you’re curious, PSG forward Kylian Mbappe is the cover star for this one.

You can check out a trailer for the kick ’em up down below:

If you’re curious about other upcoming PC games on the horizon, you know where to click. Can you run it? Check the FIFA 21 system requirements at PCGameBenchmark.