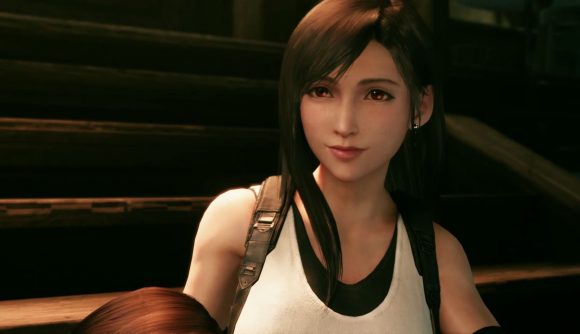 The box art, which can be seen on the Square Enix store (check it out below), contains a note: ‘PlayStation exclusive. Play first on PS4’ – which you’d expect, but it’s followed by: ‘Timed exclusive until March 3, 2021.’ That’s a year to the day after its release on Sony’s platform.

While this doesn’t necessarily mean the game – a total remake of 1997’s PlayStation action RPG Final Fantasy VII – will head to other platforms in the future, it indicates that it’s at least not a true PlayStation exclusive, and there’s room to hope that it’ll head to PC one day.

Rumours of an Xbox One release were circulating earlier this year, which arose partly following a video that appeared on Xbox Germany’s Facebook page, subsequently taken down and confirmed as “an internal mistake in the social team,” suggesting the game would release on Microsoft’s console on launch day.

Those rumours seemed to be dispelled by Square Enix’s statement that there were no plans for releases on other platforms. However, given this new end date for its PlayStation exclusivity and launch of the Xbox Game Pass for PC, it doesn’t seem too much of a stretch to speculate that one day the game could become available on PC, one way or another. Of course, by 2021 we’ll be into the next generation of consoles, so it’s not clear how its availability could work.

We reached out to Square Enix, and the studio said it has no plans for other platforms at this time.