It is time to rejoice, PC players, as one of the finest JRPGs of the modern era has finally graced our platform. Sure, we have had to wait over a decade, but absence only makes the heart grow fonder, right?

Find out everything there is to know about Final Fantasy XV on PC.

Final Fantasy XII: The Zodiac Age, initially released in 2017, is a remaster of the 2006 PlayStation 2 classic, complete with several quality-of-life improvements that make the game a must-play for both newcomers and returning fans. The story remains untouched, thankfully, as it is a fantastically tropey adventure that feels more Star Wars than Final Fantasy. And it is all the better for it: you can expect a band of rebels in conflict against an empirical force, political backstabbing, and scandalous familial connections between protagonists and villains.

Ivalice, the world where the events of Final Fantasy XII take place, is one of the most charming worlds Square Enix have created. It is drenched in a rich history and elaborate politics set against a beautiful Arabian-inspired backdrop. The Final Fantasy Tactics series shares the same home in Ivalice, so here’s hoping that Square Enix release this other beloved title on the PC in the near-future. 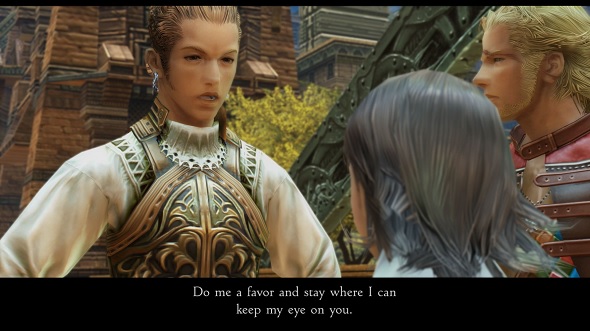 Its cast, even the famously divisive Vaan, are all wonderfully charming and complex, with their own motivations and desires driving the plot. Balthier, a sky pirate and one of the game’s central characters, steals the scene whenever he is on screen – full of rugged charm and crisp wit, it is quickly evident why he is a fan favourite.

The most notable refinement is the complete overhaul of Final Fantasy XII’s license board; the game’s levelling system where you purchase ‘licenses’ in order for characters to be able to use actions like magic, summons, and weapons. Originally reworked in the Japanese ‘International Zodiac Job System’ version and brought to the West in The Zodiac Age, the license board is now split into 12 smaller boards, each corresponding to a traditional job class like Black Mage or Knight. Characters pick two jobs out of the 12 to master, allowing you to easily flesh out job roles and create balanced parties – although, for those of you that enjoy breaking games, there are plenty of overpowered job combinations to choose from. 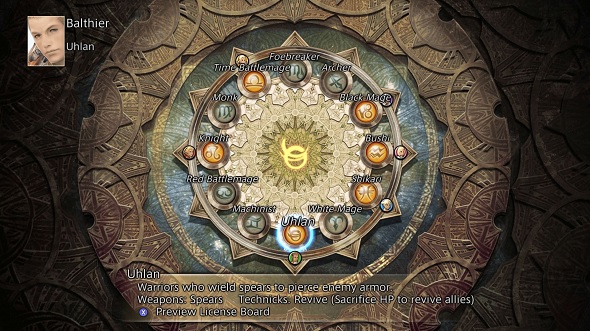 The PC version benefits from a few extra goodies on top of all that, including the option to play at 60fps for the first time (officially), keyboard and mouse support, with full customisation of button mapping. You can even change between Western and Japanese confirm/cancel buttons on controller and also get the option to choose between three soundtracks for your listening pleasure. The remastered soundtrack is an absolute joy to listen to.

As per previous Final Fantasy releases on PC, Final Fantasy XII: The Zodiac Age comes with various assistance options for those who no longer have the time for the grind that is often demanded by JRPGs, or simply prefer to enjoy a game’s storyline without having to struggle through its tougher challenges. Cheats are located inside the in-game menu that allow you to obtain maximum Gil and License Points, and you can also speed the game up to four times the usual pace, which makes traversing some of the larger map areas and loot grinding a breeze, especially with the game’s fantastic gambit system in play. 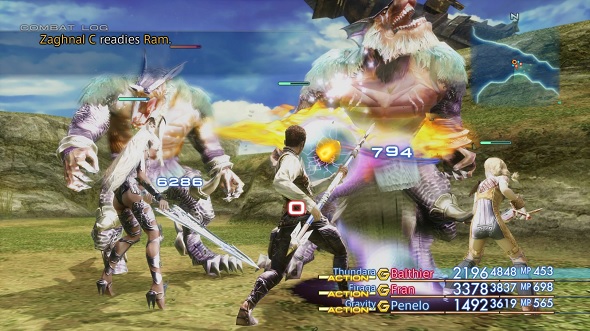 There is also a New Game Plus that starts all characters at level 90, rendering every encounter in the game a cakewalk. But if you enjoy a challenge, the New Game Minus mode – in which all characters start at level one and are not able to gain any experience – is for you. Both of these are unlocked by default on PC, whereas on console you are required to complete the game once to get at them them.

Final Fantasy XII felt ahead of its time when it came out in 2006. Due to that it has been misunderstood and underappreciated over the years. With this re-release, the quality of the game should hopefully net it the praise it deserves.