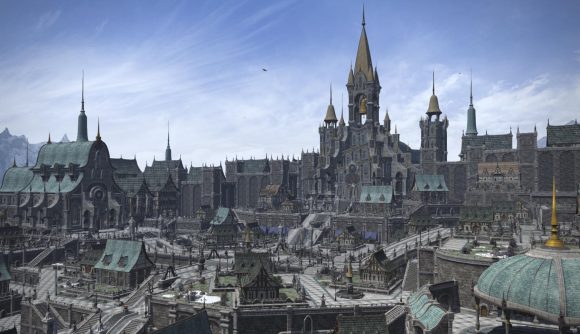 Just about every MMORPG suffers server issues at the launch of a major update, and Final Fantasy XIV has already been dealing with heavy congestion as a result of an influx of new players. What’s going to happen when Endwalker launches? Director and producer Naoki Yoshida says “unfortunately, realistically speaking, it’s just inevitable that players will have to wait a little bit to join the game when Endwalker hits”.

“First and foremost,” Yoshida tells us, “I would just like to say that we are doing everything we can to tackle the congestion currently in the game. There are different elements that we can look at when we’re trying to address congestion – there are things we can improve using technology, there are places where we can find people and resources to address that, and there are also places where we can invest money. We are currently putting all of our energy into all three of these points.”

But actually getting more servers up and running has proven difficult as the effects of the COVID-19 pandemic continue to show themselves – a problem Yoshida has discussed in previous blog posts. “If we really want to fundamentally fix the issue,” he tells us, “the only option we have is to increase the number of worlds or, in other words, increase the number of servers significantly so that players would be able to log in without any waiting times.”

Yoshida says that “it’s unfortunately the reality that there are not enough semiconductors on the market. So even though we would like to invest the money into this field, we’re not able to at the moment – this is the most critical issue that we’re facing right now.”

So when early access begins on November 19 ahead of the full Endwalker release date, don’t be surprised if you have a tough time logging in. The devs will be watching the situation “on a 24-hour basis and monitoring closely to see which – if any – servers go down or if any action is needed. But considering that we already have waiting times, unfortunately, realistically speaking, it’s just inevitable that players will have to wait a little bit to join the game when Endwalker hits.”