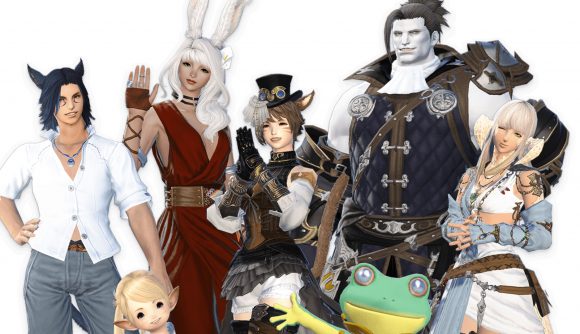 Final Fantasy XIV is getting its biggest buzz in years – and following the response to Shadowbringers, that’s saying something. Prominent MMO streamers are jumping in, disappointed WoW players are switching over, and the game is setting new player records on platforms like Steam. A big chunk of FFXIV is free for new players, but what if you’re coming back from a long absence? Square Enix has something in mind there, too.

Final Fantasy XIV is having another free login campaign, allowing lapsed players to play without a subscription fee – though you still need to own the game. If you haven’t played in at least 30 days, you’ll receive 14 days of free game time next time you log in. The promo is set to last until August 23.

While Final Fantasy XIV is now free-to-play up through level 60 (something something ‘award-winning Heavensward expansion’), that only applies to new accounts. Returners, sadly, still require a subscription, which makes these free login campaigns that much nicer to see.

You can get full details on the official site.

Play free for up to 1️⃣4️⃣ days in the latest Free Login Campaign! 🌟

Been on a break? Make your return to #FFXIV today and gear up for the arrival of Endwalker later this year!

The campaign ends August 23, so be sure to spread the word! 🎉

The Final Fantasy XIV: Endwalker release date is set for November, so if you’re looking to get caught up, you might want to start soon.