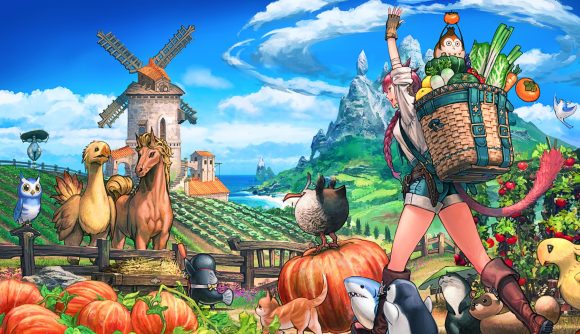 Square Enix has locked in a date for Final Fantasy XIV’s next Letter from the Producer stream, confirming some details and teases we learned through previous comments and translations.

First, the when. FFXIV’s upcoming live letter takes place on February 18 at 6pm PST / 9pm EST, translating to 2am GMT on February 19 – oaft. As always, you can watch the stream on YouTube or Twitch. Make sure you set aside plenty of time, though, as these broadcasts can take a few hours.

Now, the what. Square Enix has confirmed that producer Naoki Yoshida will be chatting about the next ten years of Final Fantasy XIV. While Yoshida’s more recent blog posts have focused on servers and balance changes, he has teased that a few reveals are planned this month, which should give us some more clues about the MMO’s next expansion as well as new content to tide us over until that arrives. We also have a good idea of what that new content will be. Square Enix has previously revealed that FFXIV is getting a new alliance raid called Myths of the Realm that focuses on the Twelve, a Stardew Valley-like mode called Island Sanctuary, and the female Hrothgar race as part of the Endwalker run.

Speaking of Endwalker, Yoshida will also be taking fan questions about the expansion. You can find the thread to submit questions here.

In other news, Square Enix recently opened another data centre in the Oceanic region for FFXIV, though more US and EU servers are coming this year. We also got the FFXIV 6.08 patch recently, which brought enormous buffs for Paladin, Dancer, and Dragoon.