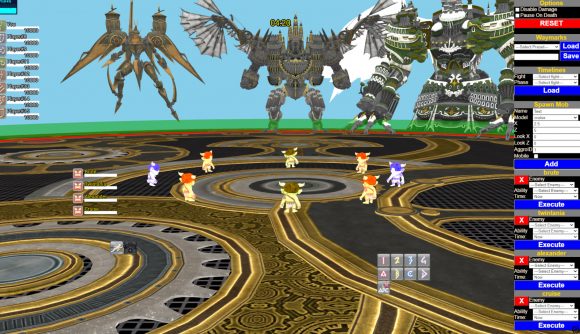 I’ve spent over 300 hours getting to know Final Fantasy XIV in the run-up to the Endwalker release date, and I’m still terrified of raids – the Savages and Ultimates, anyway. Luckily, one FFXIV fan has gone to the trouble of building a simulator to help you practice the mechanics of the MMORPG‘s most challenging encounters.

XIVsim.com has been in beta for some time, and version 1.0 just launched. As creator Appropriate_Bit2021 explains on Reddit, the beta version has seen 15,000 players run over 40,000 duties, and over the course of the beta, “multiple useful features have been added such as the ability to pause at anytime and discuss, or automatically pause on a death. Along with a much improved engine and netcode”.

The Raid Simulator lets you spawn enemies and mechanics you want to try, load timelines, or create your own timeline to practice whatever you specifically need to. The tool is currently struggling under the weight of early interest, so queue times can be a bit long – but hey, DPS players at least know that struggle. Once you’ve grabbed a server, you can invite your friends to practice alongside you by just sending them a link.

It’s no replacement for, you know, playing the content, but this looks to be a much faster, easier way of practicing the tricky bits with your static before going for the real thing.