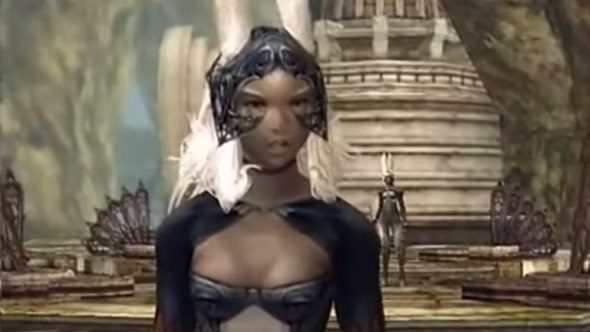 Fans of Final Fantasy XIV have been hoping for the Viera, a race of tall bunny girls, to be added to the MMO since it released, but they’re still not in  the game. News of a new expansion, Stormblood, renewed hope, but there’s still been no word on their inclusion.

If you’re looking for an epic new adventure, check out our list of the best new MMOs.

Instead of the Viera, though, players got the Au Ra, a horn-headed race of bipedal dragon ancestors. So, where are the Viera and why aren’t they already in the game? Well, that’s because of their shoes.

“I don’t think you should give up hope,” says director and producer Naoki Yoshida in an interview with Finder. “I mean we’re hoping Final Fantasy XIV will have a very long lifespan. With that being said. Fran and the Viera race have a very high heel and trying to depict that in Final Fantasy XIV is challenging. They won’t be able to wear any shoes that exist in Eorzea right now.”

So don’t rule them out, then. The developers just need to figure out how to make their shoes work. Perhaps they can shoehorn a bit into the lore that explains why they can’t wear high heels – a species-wide shoe culling or something. I mean, they are rabbit people, so it’s already pretty ridiculous.