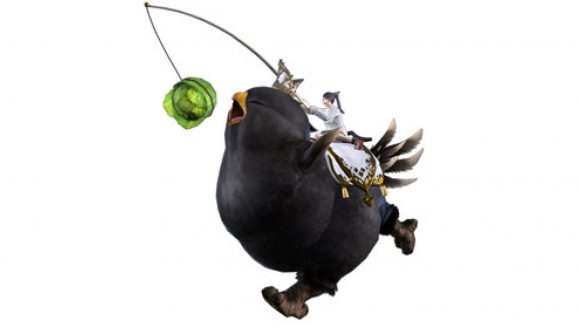 Final Fantasy XIV’s Fat Black Chocobo mount has been available as a promotional giveaway from various outlets around the world, but Chinese players have a big extra hoop to jump through: a massive, family-sized KFC meal. Square Enix has partnered with Colonel Sanders to bring the promotion to China, and the rules have many players eating entirely too much chicken to get their FFXIV mount.

While there it initially seemed that you had to actually eat the whole thing to get your mount code, KFC does not actually have enforcers judging your meal’s completion before awarding the Chocobo. Instead, the only rule is that you have to dine in to be eligible – but that’s still a whole lot of food to deal with if you’re only interested in the promotion.

The family meal only includes one code, so if you’ve got a four-person party and you all want your mount, that means four separate family meals – and if you think that’s just speculation, one group actually went and did it.

Cozywolf has done the English-speaking public the service of translating many of the jokes that have come out of Chinese social media on all this, from talk of KFC ‘raids’ to LFG efforts in building the proper party.

Read more: Feed yourself the best MMORPGs on PC

Elsewhere, the Black Fat Chocobo was being offered as an Amazon promotion, though that giveaway came to an end earlier this month. Yet maybe we got the better end of the deal, after all.