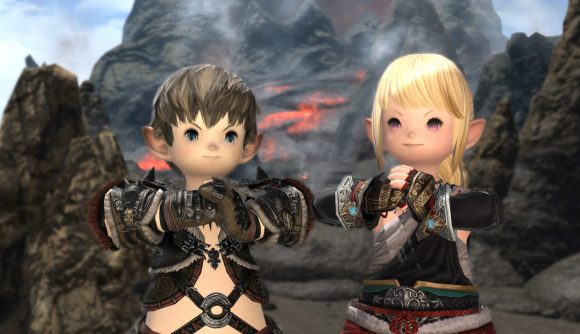 The preliminary patch notes for patch 6.1 live, and it looks like we’re finally getting a proper FFXIV auto-target option. That could be a massive quality-of-life upgrade over the current, extremely limited auto-target setting. While the biggest additions to the MMO this patch were already noted in previous Live Letters, there are plenty of notable new tweaks and details in the update details.

When the FFXIV patch 6.1 release date arrives on Tuesday, April 12, you’ll find a new ‘auto-target settings’ section in the target section of the character configuration menu. This will target-based abilities to automatically select an enemy when you have no target specified, and is sure to be a lifesaver when you’re spamming AOEs on trash mobs in your dungeon roulettes. You’ll be able to choose whether the system prioritises the closest target or the next enemy in your line of sight.

There’s far too much in the patch notes to run everything down here, but some of the highlights include the fact that players can now be revived after falling from the arena in duties like The Navel and the Extreme version of Whorleater.

Entry subscriptions will now let you create up to eight characters on a single server. (You’ll still be limited to a total of eight per data centre, however.) This cheaper subscription option has always been a great offer for folks who aren’t into alts, and this will make it even better for the alt-curious.

We’ve also gotten a few more details on what some of the reworked 2.0 dungeons will look like. (We already got an extensive breakdown of the changes to Cape Westwind, Castrum Meridianum, and Praetorium.)

On top of all that, a bunch of gear is dropping the gender lock. Oh, and that sick Nier pod mount that was shown off in the Live Letter? You’ll be able to pick that up at the Gold Saucer for MGP. Sadly, though, those Hrothgar hairstyles were not an April Fools joke.

These are still the preliminary patch notes, so if you’re looking forward to the full list of job changes in 6.1, you can expect those to land alongside the update itself on April 12.