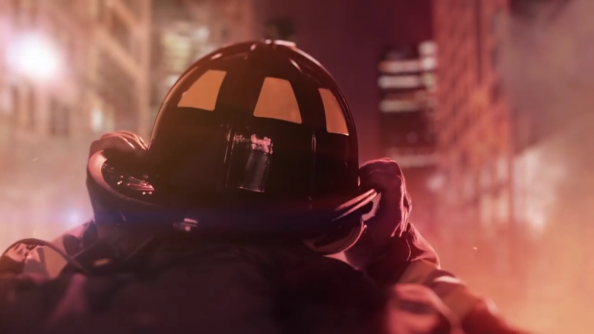 The day starts at the station, the alarm bell resounding in your ears as you rush towards the vehicle bay. You’re taking a fire engine out into a vaguely West Coast city, steering its bulk quickly but safely through the traffic towards the location of a fire.

Fellow emergency services update you on the situation as you go, and once parked up you step out of the vehicle to prep – plugging the engine into a water source and deciding on a course of action. There are probably people inside. They’re subject to a deadly simulation: a sophisticated system that mimics the spread of fire, smoke and steam; that tracks temperature and the effects of water. From hereon in it’s just you, your AI colleagues and the flames: every action you take altering the course of the fire and the resulting outcome in this claustrophobic sandbox.

Afterwards, you can drive the engine home. Firefighting is a job, after all.

“We are not simulating the waiting between missions and the idle time spent within the fire station,” says Gregor Koch, creative and art director at developers Chronos Unterhaltungssoftware. “[But] we are simulating the actual part of the firefighter’s job in case of a fire.”

This seems like a stunningly good idea. Chronos have tapped into America’s heroic firefighting culture, its shiny helmets and trucks, and built out a US city to nee-naw around in first or third-person. It’s not any city in particular; after a significant amount of time spent on Google Street View and pottering around San Francisco during the last GDC, the developers decided that wasn’t going to work. Instead it’s a hodge-podge of West Coast-ish characteristics mapped out as a grid-based metropolis.

A set of modular street blocks handle the main roads and small access routes of downtown. And on top of that, a building construction system generates the floor plans and architecture.

“This gives us the advantage of building a rather big city without spending extra effort and manpower,” explains Koch. “For the outlying areas, we have implemented a system based around the use of spline-based roads.”

Spline reticulation aside, the city is also dotted with recognisable buildings and landmarks which function as orientation tools for new firefighters. Upon entering a burning building, of course, you’re confronted with a more oppressive sort of sandbox. 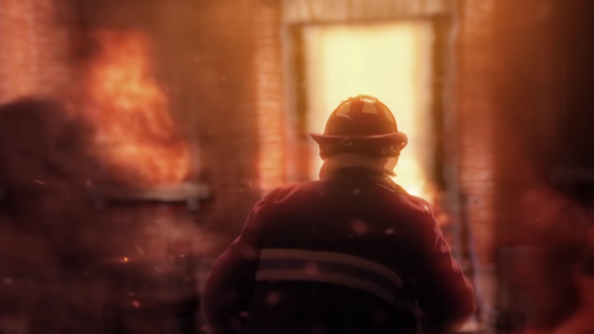 “The player will feel the overwhelming power of the fire and the odds that are against him as he tries to cope with this to succeed,” warns lead coder Tim Meyer.

Chronos are creating their scenarios in such a way that intense, dangerous moments emerge naturally – usually when a civilian is in trouble, and the player takes a heroic and borderline reckless action to save them. These are the moments when you’ll typically find yourself surrounded by flames.

But risk without purpose is frowned upon in Firefighting Simulator’s metrics. Dangerous behaviour that endangers rather than save lives will flatten your scores, post-mission.

“We are trying not to push any false narratives or dangerous teachings that potentially convey false information to players about fires and the associated dangers,” says Koch. “We are not a job training simulator but we try to keep everything as close as possible to real life.”

To that end, Chronos have capitalised on the visual effects potential of Unreal Engine 4, tying their simulation data into the colour and size of the flames. Temperature and other factors determine how much heat distortion and smoke the player can see, and that feedback might determine how you react in a given scenario. 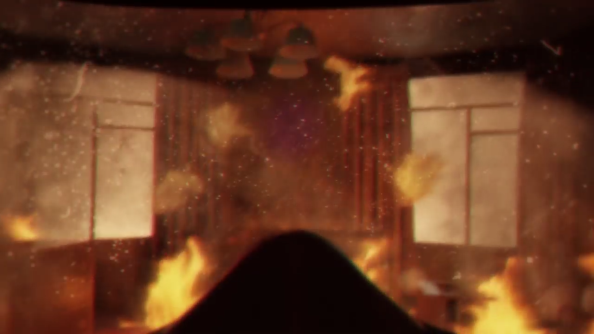 “Overall, we are attempting to make the visual effects look real while still preserving the real-time aspect of having a good frame rate while fighting the fire,” furthers Koch. “Since fluid simulation and the spreading of water are rather challenging tasks, we are taking that into the computation but limiting the visual representation of liquids to what is essential for the player to understand what’s going on.”

Chronos promise a variety of possible solutions to challenges and, even in the most cramped of burning buildings, space for players to experiment and find their own tactics. Beyond that, there are plans for co-op multiplayer in which several players replace your AI colleagues.

The burgeoning simulation section of Steam might not be the corner of the store you frequent most often. But isn’t it about time we graduated from the arson of Far Cry and used our understanding of dynamic fire for good?

In this sponsored series, we’re looking at how game developers are taking advantage of Unreal Engine 4 to create a new generation of PC games. With thanks to Epic Games and Chronos Unterhaltungssoftware.