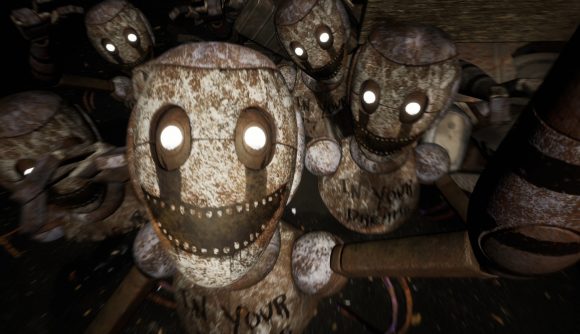 You may be surprised to see a system requirements piece for a Five Nights at Freddy’s game, given how basically any gaming PC could run the previous entries in the series. However, the latest from Steel Wool Studios looks like it could give the best graphics cards from Nvidia a proper workout, upping the ante in terms of graphical fidelity and scares.

There’s no word on a recommended GPU just yet, but you’ll want to make sure you have an Nvidia GeForce RTX 2060 at the very least. An RTX card opens the door to ray traced reflections and global illumination, in addition to Nvidia DLSS which should help boost fps (but won’t help you run away any faster from killer animatronics).

Speaking of running fast, you might want to pick up one of the best SSDs for gaming to help contain Security Breach, as it’ll require a sizeable 70GB chunk of storage space.