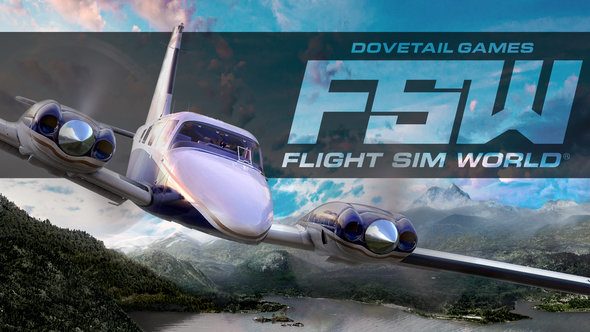 Anyone who owned a PC in the late ‘90s and early ‘00s probably had some sort of encounter with Microsoft’s classic Flight Simulator series. Not quite a game, but not really a tool either, it was such a staple of home computing that it came packaged with many versions of Windows back in the day. Now, Dovetail Games, perhaps most famous for their Railworks and Train Simulator games, are bringing the classic aviation experience back to your desktop with the upcoming Flight Sim World.

For a closer look at what’s on the horizon, check out our list of upcoming PC games.

Dovetail Games is a fairly new studio, formed in 2009 by Electronic Arts alumnus Paul Jackson. However, they are no strangers to flight sims, having worked with Microsoft to release Flight Simulator X on Steam back in 2014. Now it would seem that they want to bring the genre into the modern age. Flight Sim World will allow players to select specific flight plans, providing anything from nice easy jaunts through sunny beach resorts to nightmarish journeys fraught with engine failure and horrible weather. Many of these flights will be hand-crafted by the community, thanks to the inclusion of a tool which allows players to create bespoke missions for others to take on.

Based on actual benchmark flight simulation technology, this new title promises to bring the genre into the 64-bit era and “provide players with an unprecedented level of realism and detail” as well as faithfully representing many real-world planes, with “every gauge and switch fully operational.”

Flight Sim World will be available for early access, sometime this May on Steam. For more information, check out the official website.