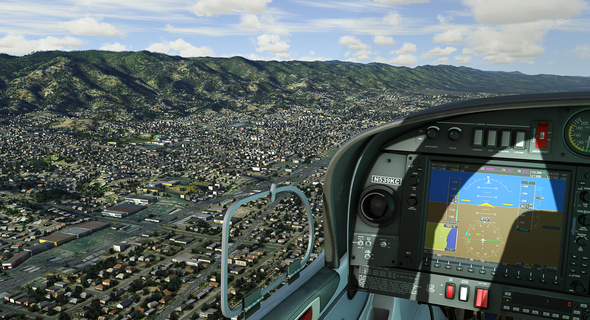 This is a sponsored post created in partnership with Dovetail Games.

Up, up, and away in my beautiful… um, plane? Hmmm. Let’s start again: Flight Sim World is a rigorous aviation sim, focusing on recreating the journey from novice to licensed pilot. It’s not the first title to undertake such an endeavour, nor will it be the last, but at the moment it’s the hot new thing to hit the flight sim scene.

While you’re here, why not cast an eye over our favourite simulation games?

But what’s included with the base game? Does it feature your unreasonably specific favourite models of aircraft, and can it do that particular thing that Microsoft Flight Simulator 2002 used to do? While we can’t promise to answer the most esoteric of questions, we are here to give a thorough rundown of Dovetail Games’ high-minded (we’ll wait) simulator. 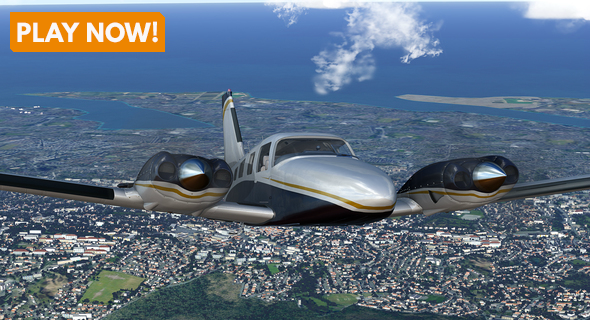 Let’s ape the sim in question by starting with the basics. Flight Sim World is a new standalone flight simulator. It’s made by Dovetail Games, who you might know from the similarly titled Train Sim World, Euro Fishing, or the Steam edition of Microsoft Flight Simulator X.

In 2014 Dovetail acquired the rights to use all the licensed nuts and bolts from Flight Simulator X and, as such, Flight Sim World carries much of the old Microsoft DNA in its code. The same was true of Dovetail Flight School, released in 2016, and intended to get some new blood into the often daunting world of flight sims. Flight Sim World builds on that entry point to create a more comprehensive simulator, a more up-to-date experience, and a new platform for the inevitable swathes of add-ons and user-created content. It’s currently in Early Access phase on Steam, during which time its community can have a say in the direction of development. 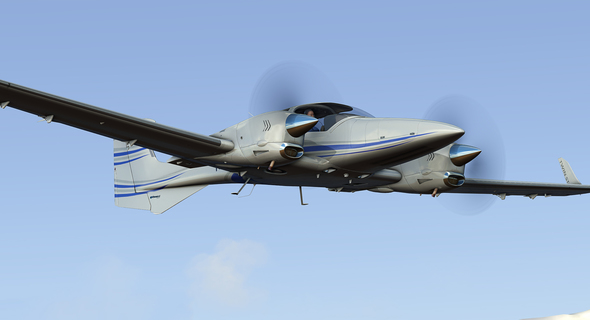 The version you can play right now contains seven aircraft from three manufacturers:

Free-spirited pilots can simply choose from one of 24,000 airports all over the world, selecting a flight path and doing some high-altitude tourism. For a more structured experience, there are currently 17 missions provided by Dovetail, spanning North America and Europe. The precise nature of these missions varies, but if you’ve got flight sim experience you’ll know the drill: either an unexpected occurrence forces you to change your flight plan, or you’re touring some of the more eye-catching scenery around a given location.

With the community’s help, the number of missions will expand over time. The Pro Mission Editor, a toolset the developers at Dovetail use themselves to create content, is present and correct in this Early Access build and ready for you to dream up new missions and flight plans with. Despite its origin as a developer tool, it’s actually very easy to use, and will allow you to share new content with others via Steam Workshop.

The spec sheet of Flight Sim World’s Early Access version steadily increases with each community update. There have been eight since its release in May, focusing either on fixes to existing content or entirely new features. Daniel Dunn, vehicle artist at Dovetail, laid out the plan in a recent dev diary: “Our current Early Access strategy is to release concurrent fixes for issues that might arise, as well as aiming towards milestone deliveries for new features and improved content.” Expect this to include expanded multiplayer functionality, among other things.

How does the Training mode work? 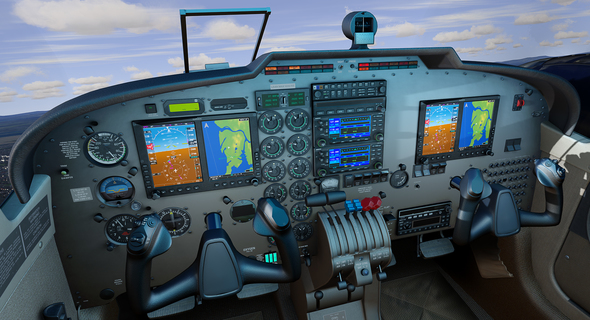 Glad you asked. Rather than simply flying through hoops absent of any context, Flight Sim World features three flight schools, each with true-to-life lessons pitched to get you familiarised with the aircraft in question. In all three schools – Waltham Flying Club (UK), Eagle Pilot School (USA), and Wings Flight Academy (Germany) – the lessons culminate in a test that will determine whether you’re awarded a license. Pass all three tests and you’ll be a certified light aircraft pilot, private pilot, and twin-engine pilot, respectively. Although not in real life, you understand – Ryanair won’t let you pop into the cockpit off the back of your in-game exploits.

While there are some visual indicators to help you through these lessons, it’s intended to simulate a flying lesson as much as it is the act of flying itself, which means it’s all about communication from your instructor, who sits next to you with his massive cojones.

What did the latest updates include, and what’s coming?

It’s like you’re reading our mind! We were just about to… never mind. Most recently, Dovetail implemented the trueSky update, a weather system overhaul from third-party devs Simul who also lend their talents to Ace Combat 7. There are a variety of night/day and weather effects baked into Flight Sim World already, but with trueSky it all looks nicer: volumetric clouds and fog are on the way.

Before that was the ‘Cold & Dark Start’ community update (number seven, since you ask), which added functionality to start a flight from scratch, powering up the aircraft’s systems in order and completing a pre-flight checklist. Handily, the control you’re supposed to turn on next is highlighted in-game, so it’s a good way of getting acquainted with the LED-dotted hell of controls before you.

And prior to that was the ‘Passengers’ community update which… well, you can have a good guess at what that added. Having a bit of company up in the clouds is always welcome, and this update also added the ability to add passengers to missions you share with the community.

These feature-laden updates join a roster of bug-fixing and optimisation updates geared towards getting Flight Sim World as polished as possible for final release.

How does multiplayer work? 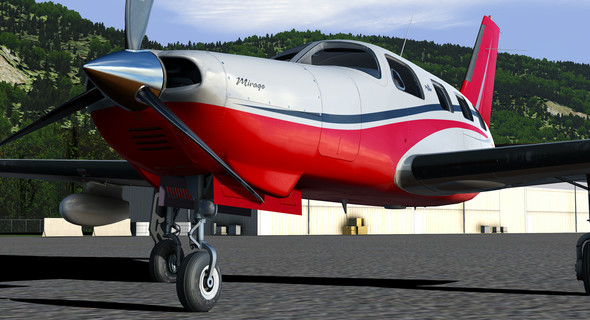 The short answer is: however you want it to. Included in the Early Access build is 99-player multiplayer server functionality, which means you can either go for a flight with some friends and work on your Red Arrows routines, or simply share the same airspace as other players. Community-led organisations like Maldair run Teamspeak servers link to their Flight Sim World servers, which can be populated by virtual ATC operators. So as the servers become more populated, it’ll be possible to hop in a plane and have an ATC crew talk you up into the air, managing traffic around you.

Dovetail plan to expand what’s included so far on this front, so keep an eye on future community updates to see what’s in store for the social pilot. 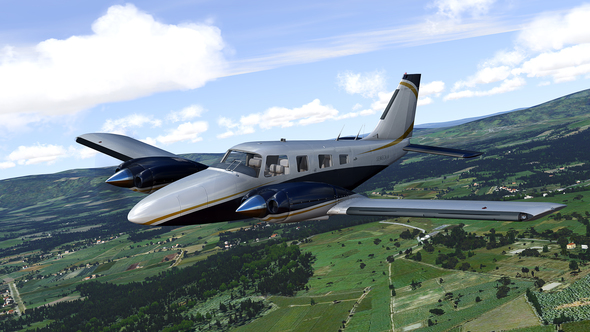 There are already user-created missions and flight plans to download via Steam Workshop, and it’s possible to upload custom lessons there, too. They can be browsed by aircraft, by weather type, by duration, and by mission type, and already there are some imaginative and pretty bizarre creations. Shout out to Bigglesworth’s ‘She No Like Fly’ in which you pilot a terrified girlfriend, managing G-force levels to avoid prompting her frightened screams. It’s actually quite an effective tuition device. More traditional are creations like ivo_verlaekt’s Matterhorn Tour, which offers a great bit of virtual tourism. flylow’s Photo Mission French Coast has a similar M.O.: you’re piloting a photographer around some of the prettier spots on the cote d’azur. 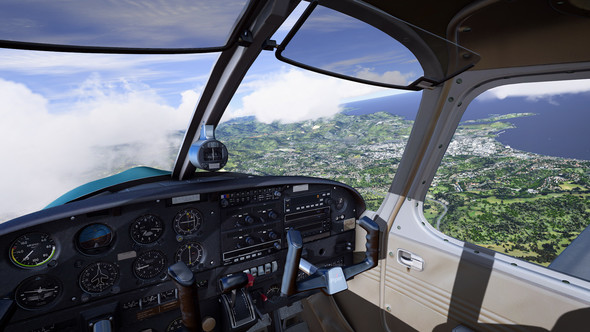 Dovetail have yet to announce a release date for the final version of Flight Sim World – you can pick up the Early Access version right now for £19.99 – but we’ll be updating this section as and when they reveal more plans for the future.