What are the best FM19 wonderkids? Football Manager 2019 is as tough as ever for new and veteran gaffers in their efforts to reach the highest echelons of the beautiful game. Whether you’re working your way up from the non-league outfit of lowly Biggleswade Town or you’re being parachuted to the helm of a top side as a fresh-faced, untested boss, Football Manager 2019 wonderkids will be essential in helping you ensure long-term success.

Just in case you’re a newbie FM 19 wonderkids are young players that will eventually flower into superstars. They’re young and therefore not as established as the big names currently plying their trade in the biggest clubs, leagues, and competitions. That means they tend to be cheaper and will future-proof your squad, provided you can keep them happy and devise the training strategies that allow them to realise their potential.

Below we’ve broken down the very best FM 2019 wonderkids in each position. If you want to do the research yourself then navigate to the ‘Squad Depth’ menu under ‘Team Report’ to give yourself a nice idea of where you’re short. For each position we’ve worked out the young bucks you need to sign by working out the players with the highest potential ability but are no older than 19 on the first day of your managerial career. Below you’ll find the Football Manager 2019 wonderkids you need in your first XI.

Here are the best FM 19 wonderkids by position: 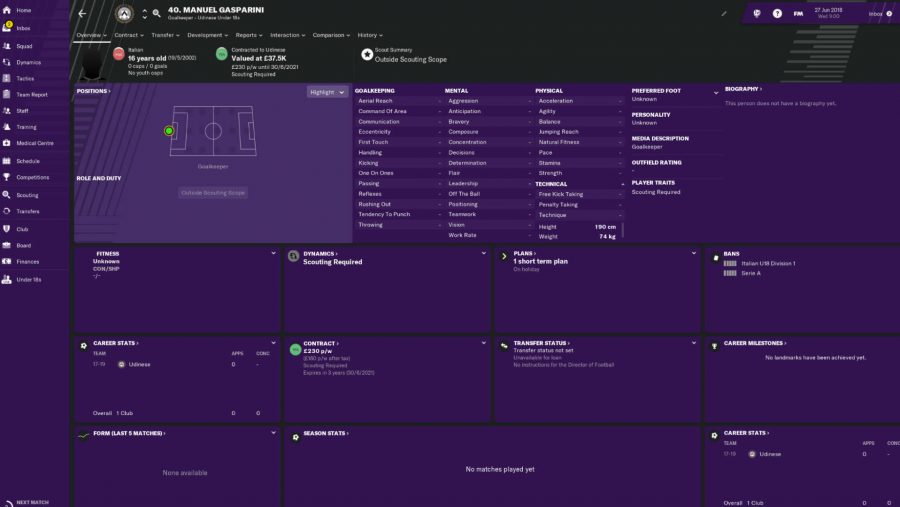 So it turns out the Italian national team will be well-served in the coming years when it comes to shot-stoppers. And, considering the Azzurri have long enjoyed the comfort of relying on the titan that is Gianluigi Buffon, that’s hardly fair. Regardless, three of the top five wonderkid goalkeepers hail from the Bel Paese; Donnarumma, Plizzari, and Gasparini. Of the three Italians, the latter looks to be the best buy. Still a nipper at 16, Gasparini has the most potential improvement to make over the course of his career. 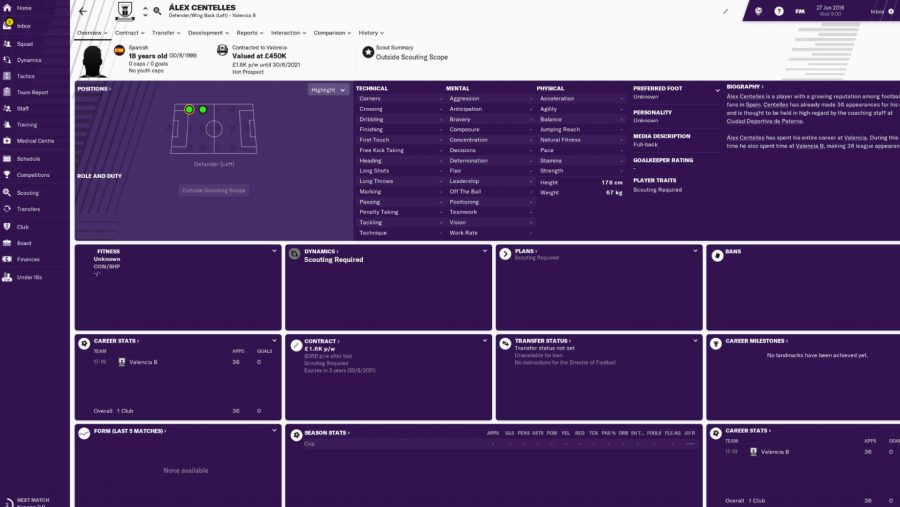 When it comes to FM 19’s best young defenders, none of the top ten start with a current ability below 100, so you might have to pay a tidy sum for these heavy wonderkid hitters. That said, they will all be well worth the investment if you chairman has the wallet to take the hit.

Dutch defender Matthijs de Ligt tops this list with a potential ability score of 186, but Bologna’s Gabriele Corbo and Valencia’s Alex Centelles share the largest gap between current and potential ability of 60 points. Both will be easier to claim than some of the other defenders on the above list, but all of these players will shore up your back line for many seasons to some. 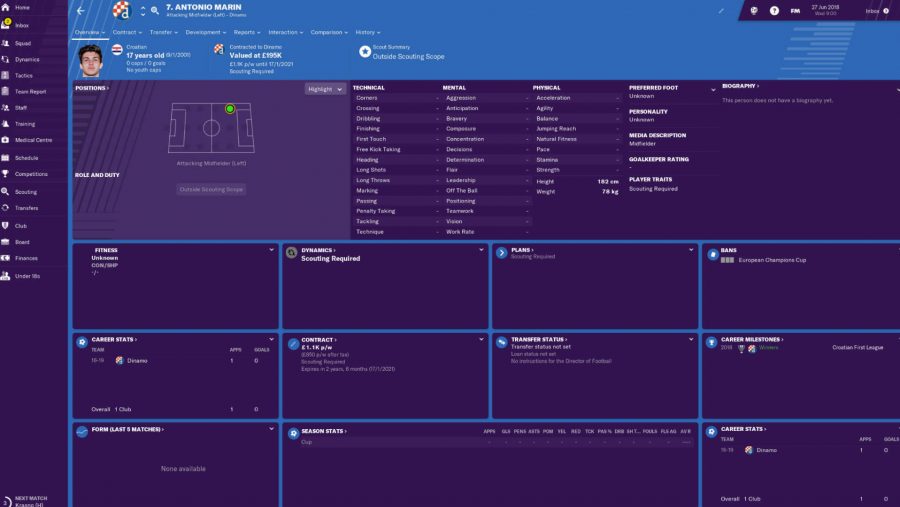 Unless your chairman has a spare £70 million burning a hole in his back pocket you might not be putting an offer in for the young French starlet at the summit of the wonderkid midfielders top ten. If you do Kylian Mbappe will strike fear into opposition back lines for season after season.

But you might be better off looking a little further down. Take Dinamo Zagreb’s Antonio Marin, for example. With a substantial 70 potential points to gain over his promising career, the 17-year-old Croat is a solid choice. For the same reason you shouldn’t overlook Gomes and Gravenberch in eighth and ninth positions, respectively. 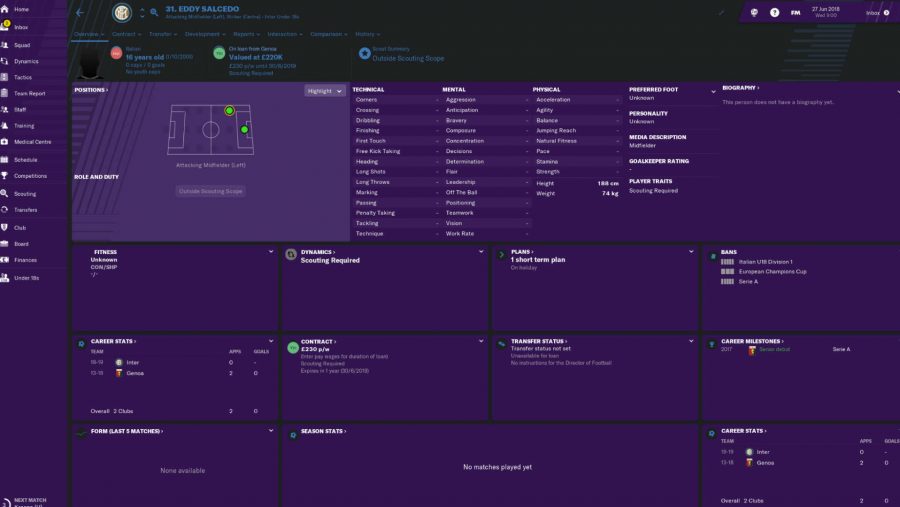 Refusing to be tied to one position – or top ten table, for that matter – Mbappe tops our list of wonderkid attackers, too. As ever, only the most-moneyed of teams will be approaching this forward and winger. Eddy Salcedo is a good option with a sub-100 current ability and an awful lot of potential. Enough that will catapult this 16-year-old attacking midfielder up there with the best of them.