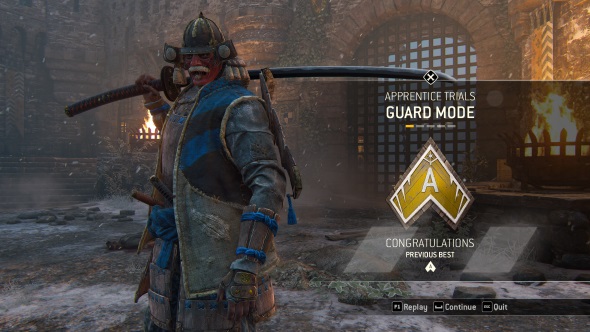 For Honor has, for the most part, been forged in the same mould as Ubisoft’s colossal multiplayer success, Rainbow Six Siege. It’s a thoughtful, medieval murder brawl that receives regular updates in the form of new warriors. It is also held together by a framework that doesn’t punish those who don’t want to engage in the DLC cycle. For Honor’s next update continues to take inspiration from Siege, but this time it’s via Situations-style training modes.

Need more help? Our For Honor guide will teach you how to be a fencing master.

If you don’t know, Situations are a series of training missions in Siege that each focus on a specific Rainbow Six skill. The earliest educate you in the most basic principles of the game, while later ones demand that you combine your newfound knowledge with effective use of an operator’s gadgets and arsenal. Considering the level of understanding required to play Siege in even the most casual of situations, this training mode is a vital step in your Rainbow Six career.

For Honor requires an even higher level of basic understanding to play effectively. Siege is, for all its complexities, an FPS, and most players will have backgrounds in shooting digital soldiers. For Honor is a swordplay simulator, and one unlike any other blade-based game in existence. Its positioning, parrying, guarding, and counter systems are something that every player must learn from scratch. It is vital that For Honor has strong tutorials. Unfortunately, much of For Honor’s combat lectures lie in its single-player campaign. If you’ve brought the game to clash steel online, chances are a story mode wasn’t where you intended to hone your skills. 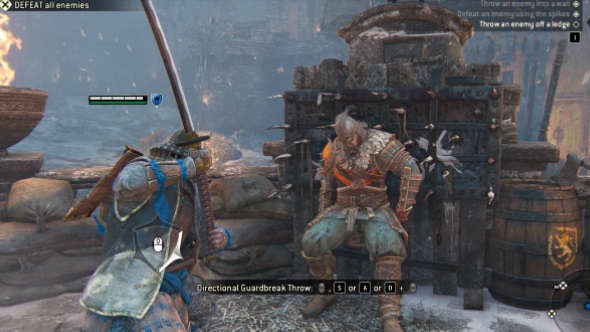 This is where the new Apprentice and Warrior Trials come into play. Almost exactly like Siege’s Situations, these are a series of practical lessons that focus on the key steps to achieving bloody success in For Honor’s multiplayer arenas. The Apprentice Trials lock down the basics of guarding, dodging, guardbreaking, and managing your stamina, while Warrior Trials deal with the nuances of For Honor’s classes, such as the assassin’s fiddly defense stances, and how to perform the perfect feint.

Aside from explaining core and advanced-level mechanics more effectively than For Honor’s original tutorials, Trials also offers a small but significant addition: a timing meter. Much of For Honor’s combat relies on precise timing, with a variety of graphical tells indicating the exact moment you should react. Trials helps demonstrate this window of opportunity by displaying a meter on the HUD. When a needle enters the white notch area of the meter you know that’s the moment to strike within.

You’ll no doubt be familiar with this style of mechanic from a variety of QTE-style minigames – BioShock 2’s hacking and Final Fantasy XII’s Quickenings use a very similar system. This additional visual aid offers a little more advance warning than the standard red flashing stance arrows, which is a great help when it comes to perfecting your parries.

In addition to the Trials, the new update also adds a training arena which can be used to help practise combos and learn the intricacies of For Honor’s more advanced characters. This mode features a real-time tally of every move performed, noting how much damage has been dealt and the stamina cost that comes with it. For those looking to really hone their competitive skills and discover the nuances of various tactics, this small feature will no doubt prove invaluable. 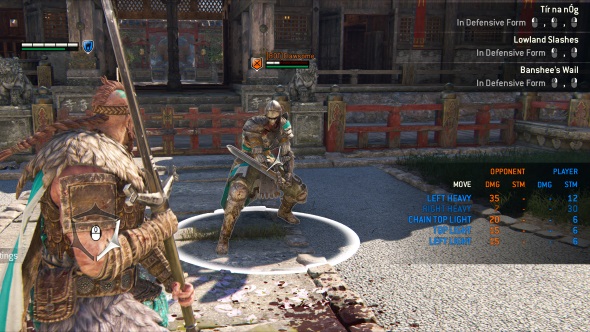 For Honor would have significantly benefited from these features at launch. A complex game attempting to set up what is arguably a new sub-genre needs to effectively communicate its mechanics and intricacies, and a lengthy campaign is an ineffective and outdated method of doing so. These new modes are a far more successful attempt at bestowing a player with the required knowledge. A quick, imperfect run of every trial will take around an hour, making it a beefy tutorial but not a time waster. And, despite having played hours of For Honor last year, I found that I learned a few new tricks, too.

Ubisoft clearly have no plans to let For Honor bleed out. But rather than continue to focus exclusively on the community they already have, they’ve taken a moment to pause and consider the players yet to discover the joys of its heavy, noisy swordplay. This is a smart move, and one that I hope pays off for them. If you’ve ever been curious about For Honor’s brutal, violent clashes, this latest update ensures that now is the best time take up the blade.