For Honor is one complex videogame. Closer to a third-person fighting game than anything else, you’ll probably need a little help settling in before you’re dominating battlefields. There are dozens of things to take into consideration when duelling your opponents, from stance and blade angle to blocks, parries, and charges.

If you’re about to embark on your first stab at For Honor, then you may need a little guidance on how to, as the Dark Souls crowd says, “git gud”. We’re not promising that you’ll become a master of the blade, but we’ve got several tips to help you grasp the right end of the sword and hold your own in For Honor’s intense clashes.

In today’s lesson we’ll cover the core concepts: what kind of matches to play to enhance your skills, how to get new classes, why gear is important (or not), and what to do when you’re on the offence and defence. This will put you in an excellent position to hone and improve your skills with your chosen fighter.

For a place in Valhalla, play the tutorials 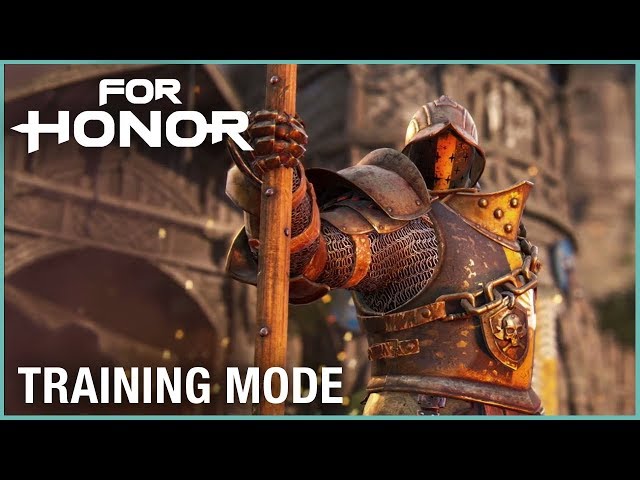 When you first jump into For Honor, it’ll give you a fairly basic tutorial. What you need to do is seek out the much less basic tutorials hidden in the menus. First you’ll want to play through the For Honor Apprentice and Warrior Trials. These are For Honor’s answer to Rainbow Six Siege’s Situations: single-player training scenarios designed to introduce and build on key combat concepts. As the names suggest, Apprentice Trials deal with the basics, while Warrior Trials aid you with more advanced moves and characters.

Beyond these Trails are a number of written tutorials in the How To Play section of the menu. These will teach you an enormous number of systems that otherwise you’ll be lost without. Quite why these aren’t part of the default tutorial is anyone’s guess, but you definitely need to know about parrying, defending against multiple opponents and other similarly important mechanics before you jump into your first games. Speaking of which…

Duels are honourable (and the best way to learn)

You’re going to have a much better time once you’ve picked up the particulars of a class. Duels against humans are the best way you’re going to do that. Check the movelist of your chosen warrior before heading in, then see how it interacts with another human on the other end. Like any fighting game, matchups play a large role in determining how you’re meant to play. However in early days when you’re facing down equally-noobie folks such as yourself, the basics are going to get you wins, as well as being the most important thing to learn early.

It’s also all on you (and your internet connection) – if you die, it wasn’t because you got ganged up on, or surrounded by NPCs, or were distracted capping a control point. It’s because you didn’t block their sweep and counter. And now your head is over there.

Learn a class before moving on

As the old song goes, stand by your man, woman, viking, knight or samurai. While experimentation is interesting and encouraged, you’ll want to pick a class to stick with for at least a little while. There are enough systems in For Honor’s massive web of positioning, attacks, counter-attacks, dodging and parrying that you’ll want to focus on knowing them first before you mix it up. The Vanguard set are the simplest and a few hours with them will set you well on your way.

Once you’re getting more experience, branching out to find your niche will be important. Again, as with fighting games, it will then become a matter of finding how your pick matches up against different types of enemy and what your weaknesses mean opposite their strengths. The ‘how to play’ menu has basic and advanced videos for every class to get you started, and if you’re getting serious watching all of them will at least give you an idea of what your opponents are up to.

You don’t need to recruit classes to play as them

Yep, you can play as any hero you like from the outset – you don’t have to unlock them to give them a try. Recruiting them simply means you can equip new gear and cosmetic items. You’ll probably want to do that for your favourites, especially if you play a lot of 4v4, but don’t burn all that steel right away thinking you need to just so you can experiment. This is extra relevant because…

Gear only affects your stats in 4v4 Dominion

Our biggest worry with For Honor was that the slowly unlocked gear system would get in the way of balanced, skill-based combat. Turns out, it does nothing in 1v1 and 2v2 modes. You can see this for yourself when you select them during mode-selection on the main map. 4v4 is definitely the more chaotic mode, and has plenty of its own, other progression systems too, like special abilities and levelling up.

Whether it becomes For Honor’s bread and butter remains to be seen, but you can always match wits and reaction times with another player without worrying that they will have bought out a batch of boxes to beat you with. Of course, Ubisoft may add more modes that use gear, or more that don’t, in the future. 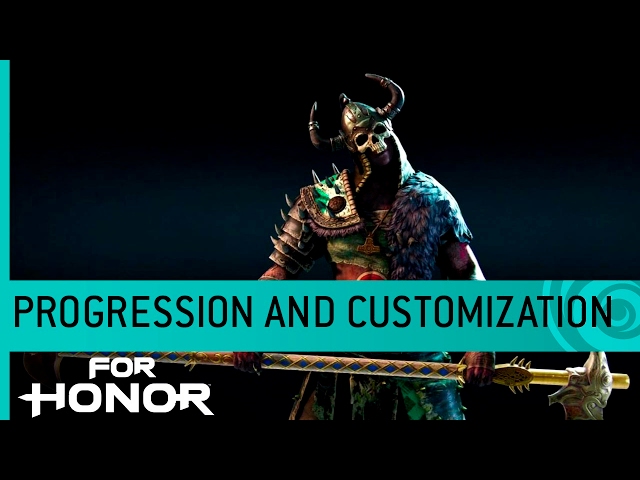 Surprise: like everything released since Tekken 2, tactical decision making, planning and picking your moment are at least designed to be better than random inputs. There are various situations you’ll need to learn a strategy for, like:

The important thing is to make a decision before you execute, react and learn what your best combo for each situation is. That will take some time, but For Honor is successfully riding a fine line between the fun of a third-person action game and the practice required to play a fighting game. While learning, you should still be killing.

Don’t worry about War Assets and the Faction War

The overarching Faction War of For Honor is, at least currently, mostly cosmetic. It’s a way to reward you for playing a large number of games, and provides some excellent opportunities for trash-talking, but if you don’t care about it, you don’t have to. Your War Assets are automatically distributed if you don’t choose a territory for them, and your individual impact is always going to be minimal with dozens of thousands of players making decisions – especially considering it’s cross-platform.

You can also change your faction at any time, though it disqualifies you from rewards if it’s not during a season switchover. While the video above promises there’ll be deeper ramifications for who wins each season, it’s never going to be something that negatively or permanently impacts match-to-match play. That said, it is really cool:

And that’s all we have in our beginner tips for For Honor. Naturally, being a very complicated game, this is just the start: to master your warrior you’ll need to learn much, much more. But these tips will ensure that you won’t start on the wrong foot. And, as you’ll now know, footing is half the battle in keeping on the right side of an enemy’s blade.