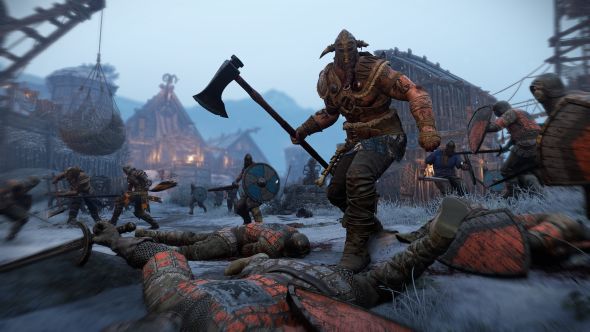 Update December 19, 2016: We reached out to Ubisoft to get further information on what’s coming in For Honor’s microtransactions, since all post-launch maps and modes are releasing for free.

As for specifics, Ubisoft say they plan to release details about what exactly you can buy at a later date, but they did reveal some details, along with reassurances. “What we can confirm at this stage is that all items that have a gameplay importance (new Feats, new Gear Items) will be unlockable by just playing the game,” a Ubisoft representative tells PCGamesN.

Which of 2017’s other major releases are you looking forward to?

Additionally, you will be able to purchase ‘Steel’ – an in-game currency – with real funds, but what you can spend that Steel on will be locked to your level. There won’t be any shortcuts, basically. You can also add damage to weapons, defense to armour and more, but it is always at the cost of something else, making sure these optional purchases don’t make the game unbalanced.

“You will be able to purchase packs of Steel, but even so the items you can Loot and equip are gated by progression so at the start of the game a player won’t be able to get and equip end-game Gear, even if he/she spends a lot of real money,” Ubisoft explain.

“Gear Items, either Weapon or Armor Parts, come each with Gear Stats that affect the characteristics of your Heroes, like the speed, the damage dealt, the resistance to debuff etc. But it’s always a trade-off, so a blade will, for example, boost your damage, but it will be in exchange of each attack costing you more Stamina. We built the Gear Stats system so it allows players to adapt their Heroes to their playstyle rather than making them more powerful overall.”

Original Story December 15, 2016: Any maps or game modes that are added post-launch to forthcoming medieval brawler For Honor will be free to all players, Ubisoft confirm.

“We don’t want to split the community,” game director Damien Kieken told Eurogamer. “So everything that’s matchmade [including] new modes and new maps, will be given for free to the players. We’ll also have other free content. We are a big team supporting the game after launch.”

This philosophy of not splitting the community is catching on. Overwatch, Titanfall 2 and Rainbow Six Siege – another Ubisoft game – have all taken the view that keeping their player base in one single pool is good for their games’ longevity. Rainbow Six Siege, which had a mediocre launch but has since drawn over ten million players thanks to plenty of free content, has done especially well out of this approach. The Call of Duty model, in which maps and modes are sold as DLC which some players will buy and others won’t, is losing favour.

That said, the omission of new heroes from Kieken’s statement is notable. We’ve reached out to Ubisoft for clarity on a number of topics, including upcoming heroes, the effect of real money purchases, and the multiplayer progression system. We’ll update you when they get back to us.

In the meantime, click above to watch a badass new story trailer introducing For Honor’s villain and plot (such as it is). Looks like the game’s three main factions, the knights, samurai and vikings of an alternate Medieval world, are being manipulated into a massive war intended to weed out the weak. As excuses for an implausible Deadliest Warrior-style face-off go, it could be worse.