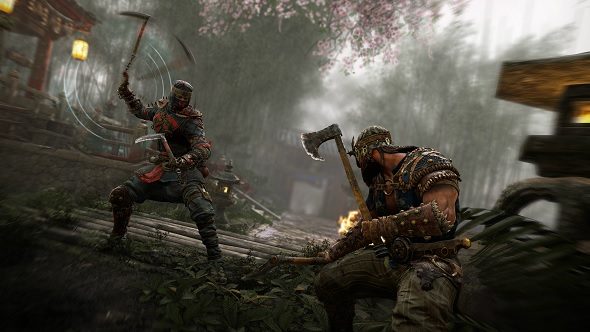 With the recent release of For Honor’s second season, eager warriors have been searching through its files to look for future content. After some digging, dataminers have not only found unreleased ornaments and outfits for the new Shinobi and Centurion class, but additional Mythic and Elite outfits for all of For Honor’s original heroes.

Check out what we thought of the Centurion and Shinobi in our Season 2 playtest.

Compiled by dataminer XDeadzX, all of these outfits and ornaments are present within the files for For Honor, meaning that Ubisoft will most likely unlock them in future content updates. Besides the Lawbringer who is missing their Elite outfits for some reason, every hero will be getting two new Elite and Mythic outfits. Both the Shinobi and Centurion have six unreleased ornaments, as well as a handful of new outfits which can be seen in the above video.

The Warden’s new outfits are particularly garish, while one of the Raider’s new Mythics has him wearing a walrus skull on his head. XDeadzX also included some of the new Shinobi and Centurion emotes he found in this datamine, as well as some previously leaked player effects. The Centurion’s grape-eating emote is suitably disrespectful, while the Shinobi’s crane wings emote just makes him look like he’s doing the chicken dance.

There is also a mysterious All ornament hidden within the files, which shows a metallic headpiece. Seeing as the Vikings received a special ornament for their victory in the Season 1 Class War, this could act as the placeholder for the Season 2 winner. As such, the design of this ornament may change before it becomes available.

No news on when these unreleased ornaments, outfits and emotes are set to launch, but I imagine they will make up the future weekly content updates for For Honor.