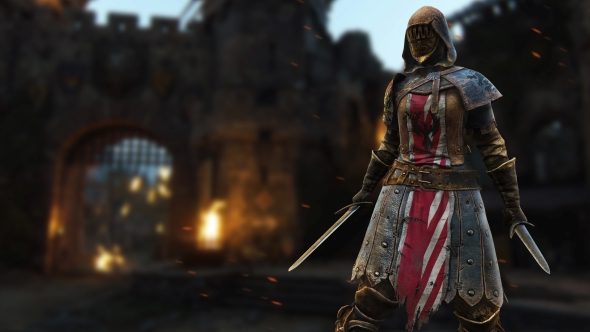 Pitting Vikings, Samurai and Knights against each other in a never-ending conflict over water, enflamed by a black-clad evil baroness named Apollyon, For Honor is  hot on melee combat and getting you into intense duels against the faceless masses of the internet. A bit like Twitter. Here’s everything we know about For Honor.

For Honor released on February 14, 2017. We hope you had as much of a suitably stabby Valentine’s Day as we did. 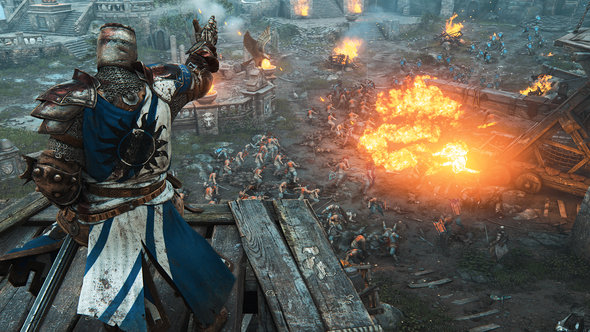 It’s an odd game. The video above is from our first couple of hours with the beta: it’s closer to a fighting game than your average third-person action game, but For Honor is certainly a unique blend. We recommend some research, as for the right crowd it will be everything they’ve been waiting for, multiplayer-wise.

For Honor, akin to Rainbow Six Siege, has characters so individually unique that they’re practically classes within themselves. They are split into broad categories though, like the all-rounder Vanguards and the fast-but-squishy Assassins. For more details read our For Honor class guide.

Since For Honor is a Ubisoft game, there’s a whole batch of bonuses and collector’s editions. Here are the options: 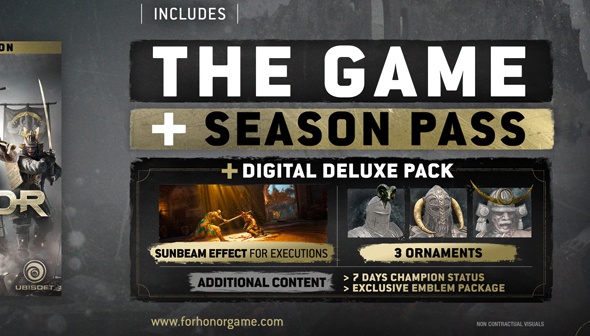 In the For Honor season pass you get six new heroes and additional elite outfits. You also get the “Day 1 War Pack”: a sunbeam effect for all emotes, emblem outlines, and 30 days of champion status. On top you get three scavenger crates – or packages of high quality gear.

We’re up to the Season Three update with the struggling For Honor, which belatedly brings ranked matchmaking as well as new maps. Other updates include dedicated servers and patches intending to make fights less defensive.

Playable in single-player and 2-player co-op, you choose between the Warden, Raider, and Orochi stories. Each story you choose is designed to introduce you to each class and tell the tale of the Vikings, Knights, and Samurai as they engage in historically suspect scraps amongst themselves and the army of the bloodthirsty warlord Apollyon. Because of course they do.

That’s it on For Honor – let us know if you enjoyed the game in the comments below.