You’re a fine, upstanding, techie human, right? You’re reading a PC gaming website, and looking at a hardware-based feature. That probably means at some point or another someone you know has uttered the terrible, pain-laced phrase “Can you give me some advice… what computer should I buy for Fortnite?”

And if you haven’t already been asked, then I guarantee there will be someone out of your friends, family, or passing acquaintance that knows of your penchant for PC, who is right now locked and loaded to drop that bombshell on you. Fortnite is a global phenomenon, and now every person and their pug is trying to get in on the action, making now the time to be ultra wary.

How about a nice new rodent? Treat yourself to one of the best gaming mice around as a reward.

But why is this such a fraught issue? You probably think I’m overreacting, but just think about it for a second. The instant someone asks for your advice you are, maybe unknowingly, signing yourself up to 24/7 tech support, and there’s nothing you can do about it. You’re now responsible for everything that happens in that person’s technological life from there on.

So be careful what you say or that’ll be it for you. We understand your pain as the technical one among your peers, the one everyone always comes to for help… I’m pretty sure Jacob and I are only employed here because hardware writers are cheaper than full-time technical support staff.

In order to help you out of a potentially sticky, fraught situation we’ve come up with three simple responses you can use if anyone ever pops the question to you. They are dependent on how you feel about the person in question and how much you mind being at their beck and call, day and night, and there are still some risks…

For the person you may like, but couldn’t tolerate being at their behest 24/7 there’s…

The ‘I Like You But Never Ask My Advice Again’ response 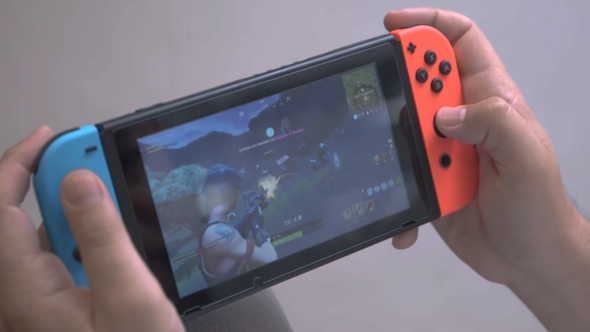 If the person asking the question is harmless enough that you don’t want to be rude, but don’t necessarily want to bring them into PC gaming crew, then this is the most appropriate response. It will help them out, save them money, but more importantly will keep them from your door with eye-wateringly painfully inane technical questions.

Tell them to go and buy a Nintendo Switch.

Yes, the Switch. We know it’s not really a PC, but it is running Nvidia graphics silicon like around two thirds of all gaming PCs out there in the wild, so it kinda counts. It’s also the cheapest of options, safest for children/over-protective parents, and has very little that’s likely to go wrong with it. At least not in any way that could possibly have them coming back to you a couple months later demanding help opening it up.

But that is also the coward’s response, and as a dyed-in-the-wool PC enthusiast…who also own Switches…I still don’t necessarily feel comfortable pushing people towards console gaming when the PC is by far the superior platform. A genuine gaming PC is also affordable, and has more free games available for it than Nintendo’s versatile portable.

So, if you want to be genuinely helpful, are delighted that they’re finally taking an interest in PC gaming, and want to gently encourage them into the fold there’s…

The “Honestly, Just Go And Buy This PC” response 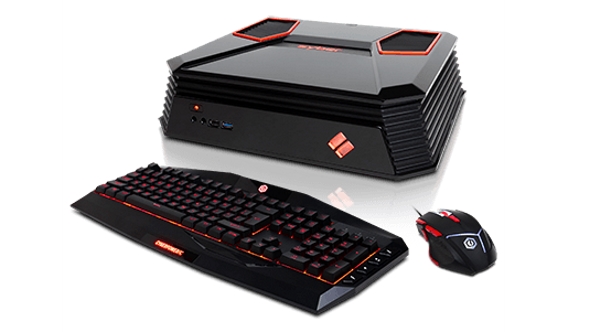 As much as we would like to say that building your own PC is a satisfying and life-affirming experience, it isn’t for the person who keeps getting called at every hour of the day and night being asked for help.

So, for some people, you probably just want to ease them into PC gaming gently. If they have heard the siren call of Fortnite, and want to experience the biggest game on the PC right now, then encouraging them to buy a pre-built PC is probably the way to go.

And, thanks to AMD’s Raven Ridge Ryzen 5 2400G, there are a host of affordable gaming PCs on the market right now with the graphical power to run Fortnite at 30fps at 1080 on High detail settings. That’s higher fidelity than you’ll get on the Switch no matter what TV it’s plugged into.

In the US, CyberPowerPC has a $595 Syber C Core 100 machine with a funky chassis, riffing on its old Steam Machine case, in either Black, White, or Orange. It’s an AMD Ryzen 5 2400G-powered rig, built into a tiny package.

Or there’s an almost identically specced iBUYPOWER machine with a 120GB SSD, available via Amazon, for $600. It’s a bigger, standard tower PC chassis, but that also means you can upgrade it later on. 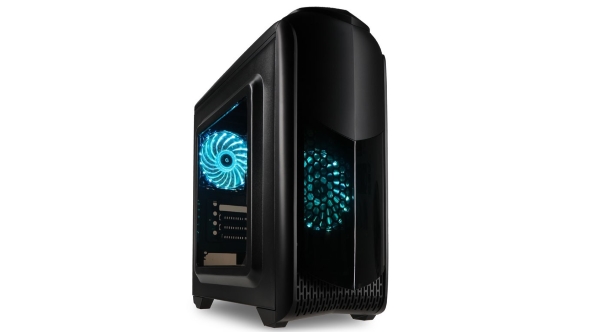 In the UK, Overclockers has a really lovely looking Ryzen 2400G machine for just £481 with operating system, 8GB of RAM, and a 1TB HDD, and Ebuyer has a more plain design for just £471.

They will need to buy a mouse and keyboard with some of those options – and a monitor if they don’t want to plug your PC into the TV – but other than that your buddy would be all set to start their journey into the wonderful world of PC gaming.

Then, finally, for the person you can’t stand, but who still thinks they have the right to ask for your help, there’s… 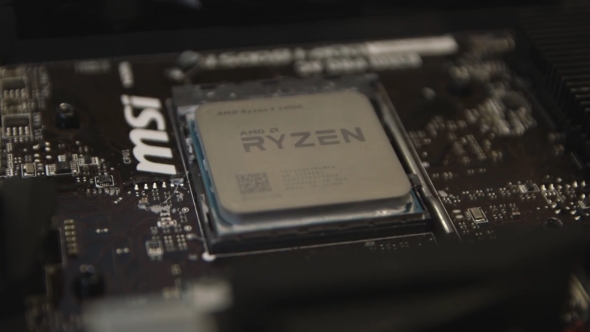 We’ll admit, this one is a gamble, and it could well backfire if you offer it to the wrong person, though there are some ways to safeguard against such a thing. Essentially, if you wanted to be a bit of a dick about your answer, you could condescendingly announce that the only way to do it would be to build a machine themselves, then try throwing so many acronyms and technical specs at the person asking the question that they freak out from component overload and shuffle quickly away while you’re still screaming “non-volatile memory!” at their back.

The risk we mentioned, however, is that they really respect your opinion, note down everything you say, and then go off and buy everything you recommend.

Then they’ll be back asking for your help putting it together, and will be on the phone to you every other hour, from here to eternity, asking for more tailored tech support because there’s a little box on the bottom left of the desktop taskbar that says ‘Type here to search’ and they don’t know what it is that Microsoft wants them to type in there to search for, and can you possibly help, oh and there was a message the other day, I can’t remember what it said, but it might have been an error, there was an ‘X’ in it I think, and I was worried. Should I be worried?

Right, so anyway. This is the general kit we’d recommend for a simple, affordable Fortnite PC build.

Obviously the danger here is that is quite a helpful list to you and I. It will give you a nice little base unit, with the power to play Fortnite at high detail settings at 1080p, and offer you a decent upgrade path for both CPU and graphics card if you want to give it a little more oomph later on down the line.

So, if you get to the end of that little list, and the person seems to be taking notes and has a keen interest in what you’re saying, then before you get to the price add a GTX 1080 Ti graphics card onto the bill and let them know the entire build will cost them some $1,300 or £1,100, depending on their geographical location.

That should have them running for the hills… if not add a 15% extra service charge for your help.

Hopefully these simple steps will be of some use if you find yourself in a tricky situation with an acquaintance hell-bent on making your life a tech support nightmare.

Can you run it? Check the Fortnite System Requirements at PCGameBenchmark.