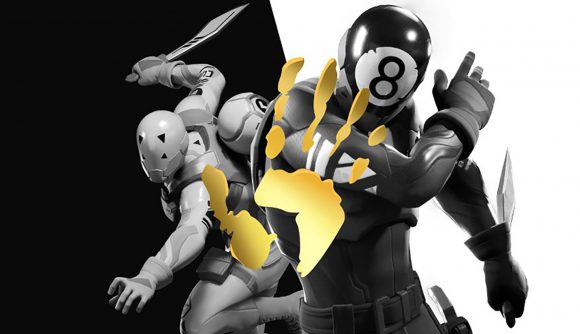 A black and gold handprint can be seen in the tweet and on the Fortnite: Battle Royale website. The announcement from last month that chapter two was delayed contains the theme of text being redacted in gold, meanwhile. That post now reads: “Chapter two, season two will feature [BLANK] with multiple [BLANK]. We can’t brief you on all of next Season’s secrets just yet…”

Additionally, posters and teases have popped up around the globe, displaying different phone numbers for players to call. Fans calling the numbers are greeted with messages mentioning agents, operations, and more vague espionage references – and a cat coughing up a furball, of course. Fortnite chapter 2, season 2’s release date is set for February 20, 2020.

In separate news over the weekend, the battle royale game’s array of emotes expanded with a dance based on Rick Astley’s 1987 hit Never Gonna Give You Up. The world of videogames never ceases to amaze.

Here are the current locations and phone numbers for #Fortnite Season 2 teasers. (via @FNLeaksAndInfo) pic.twitter.com/L3pol4bWrB

For those looking for more new content around Epic’s huge shooter, you can now play on CS:GO’s Dust 2 map in Fortnite – sort of.