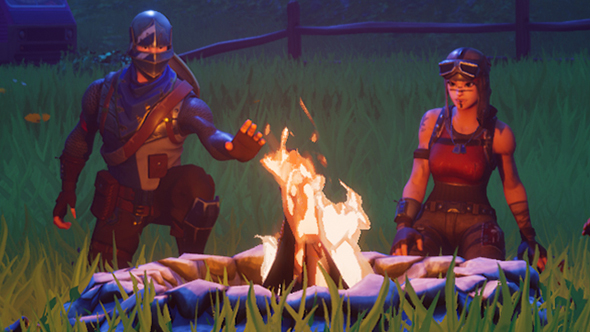 The last major update to Fortnite featured changes across the Battle Royale and Save the World flavours of the game, but it also brought some significant stability issues and an extended period of downtime, which Epic promised to make right. They’re doing so as part of this week’s 2.4.0 update, giving freebies to players in addition to this week’s regular new content.

Fortnite vs. PUBG – where do your loyalties lie?

As make-goods for the downtime, Battle Royale players will receive 20 battle stars toward their battle pass progression, while Save the World players will get 1600 seasonal gold to be used in the event store. These rewards will be distributed sometime after the launch of patch 2.4.0, which is scheduled for release tomorrow.

When the update launches on February 1, the minigun will be added for Battle Royale players, adding another destructive option to chests and supply drops. The weapon fires “almost as quickly” as the SMG, and uses light ammo. Save the World players will be able to build the cozy campfire, which heals allied players and defenders in a 3×3 tile area. The schematic is available at the event store.

Other new additions and changes include some new expedition types in STW, a UI-independent 3D resolution slider in BR, and a host of balance changes and bug fixes across both modes. You can see the full list of changes in the official patch notes.