Fortnite 5.3 patch notes are finally upon us after delay pushed the update back from its usual Tuesday slot. Instead the next Fortnite update will land on August 23, which is a Thursday. That means that challenge day is also being pushed back, so expect week 7 challenges to become available Friday, August 24. No reason has been given for the schedule shift, but it could be a result of this week being Gamescom.

So, what’s the shiny new Fortnite item awaiting us with the 5.3 update. A recent in-game news alert listed an upcoming item called the Rift-To-Go, here’s the accompanying description: “A rift you carry in your pocket! Teleport above your current location and glide down.”

The next Fortnite item, the Rift-To-Go, immediately transports you to Rift high above your current location. The Rift-To-Go is consumed rather than thrown down or placed, allowing you to get out of trouble sharpish.

Of course item changes aren’t the only thing to look out for – every Fortnite update also means changes to Limited Time Modes, bug fixes, and rebalances. So here are the full Fortnite 5.3 patch notes to fill you in on what’s new.

We’ll update you on all of those things as soon as the patch notes go live.

There might have been a small delay for this week’s Fortnite update, but that shouldn’t affect the time of day that the new item and changes are meant to go live. The Fortnite 5.3 patch notes release date is August 23, and the update should roll out in the morning.

This mode encourages exploration as well as staying alive for as long as possible. You can earn points by collecting coins, opening chests, and eliminating other players. Whoever has the most points at the end of the match wins in this new Limited Time Mode.

This popular practice mode has been updated with more ATKs, Rift portals, and ramps across the map. 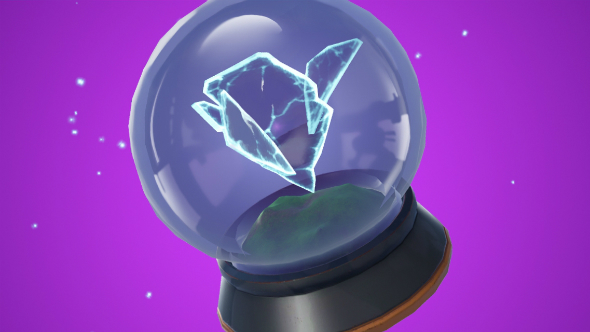 Spawn
Can be found in chests, Vending Machines, Supply Drops and Loot Llamas