During its fifth Season, Fortnite was cemented as the fun battle royale. While most of its competitors opted for military realism, Epic Games doubled down on making Fortnite an entertaining space to play in, and all without sacrificing what put the battle royale at the centre of the global stage.

Fortnite has, of course, always stood out due to its cartoon visuals and child-friendly aesthetic. This was enough to distinguish it from PUBG, the battle royale that blew up before it, and which remains as its biggest competition – for now. Many others have come and gone, each trying to take the battle royale crown, some even challenging Fortnite for it directly.

The Darwin Project, Realm Royale, and Radical Heights are three notable games that piggybacked on the appeal of Fortnite. All of them avoided the brown and red palettes of PUBG, instead going for brighter colours coupled with a theme that steers away from the hell of modern warfare. However, these three games struggled to hold onto their player counts after brief surges of interest at launch. Meanwhile, Fortnite seemed to accelerate, and it was by no means an accident.

It was during Season 5, though, that Epic really struck out from the rest of the crowd, showing everyone else what a light-hearted battle royale can be. Anarchy Acres made way for Lazy Links – a golf course complete with a working minigame and drivable golf carts. Those carts, by the way, have drift mechanics a la Mario Kart, and there’s a race course that offers checkpoints if enough of you queue up by the starting line. Elsewhere, you can shoot some hoops thanks to the new basketball toys, or have a game of football in the stadiums dotted around the map, if you prefer. 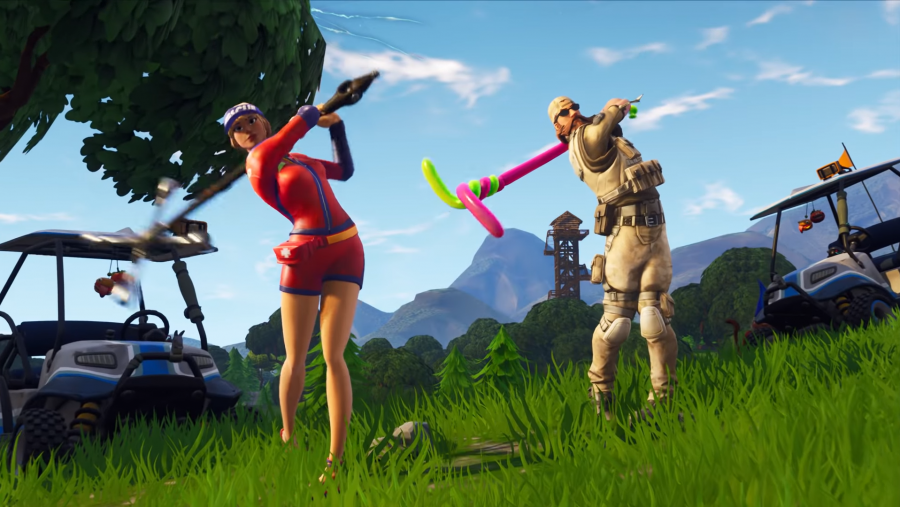 In previous Fortnite seasons, an unfortunate drop could leave you running across the map for minutes at a time, desperately trying to outrun the storm. Now, you can leap into the air on a launch pad, cruise across the map in an ATK, or race down a hill in a Shopping Cart. If you find yourself in a fight you didn’t want to take, just slingshot away with the Grabber, or pop open a Rift-to-Go and glide to safety. Epic doesn’t want to punish people for being in the wrong place – no one benefits when an entire squad gets downed because they couldn’t outrun the storm.

Elsewhere, Epic is constantly iterating on its Limited-Time modes. Originally, these were pretty simple, with tweaks to the drop rates to create play spaces with new rules, such as Sniper Shootout and Solid Gold. If you checked the matchmaking queue last week, you could have played any iteration of the base game, but could also have tried out a highly-mobile version of 50v50, messed around in Playground mode, or tried out heist mode The Getaway. While preserving the key Fortnite experience, Epic is consistently offering different ways to enjoy the evolving world behind its battle royale.

But there now comes a more significant challenge to Fortnite in the form of two triple-A battle royales – Call of Duty’s Blackout and Battlefield’s Firestorm. These will arrive in the next few months and, from what we’ve seen so far, seem to be worthy contenders. There’s also Techland’s outing, Dying Light: Bad Blood, and Fear The Wolves from a team of ex-STALKER devs, which are both in early access and promise to bring further expertise to the genre. But, in many cases, whether big or small, the developers of these battle royale games focus on the art of killing, and not on making their game spaces a fun place to be. 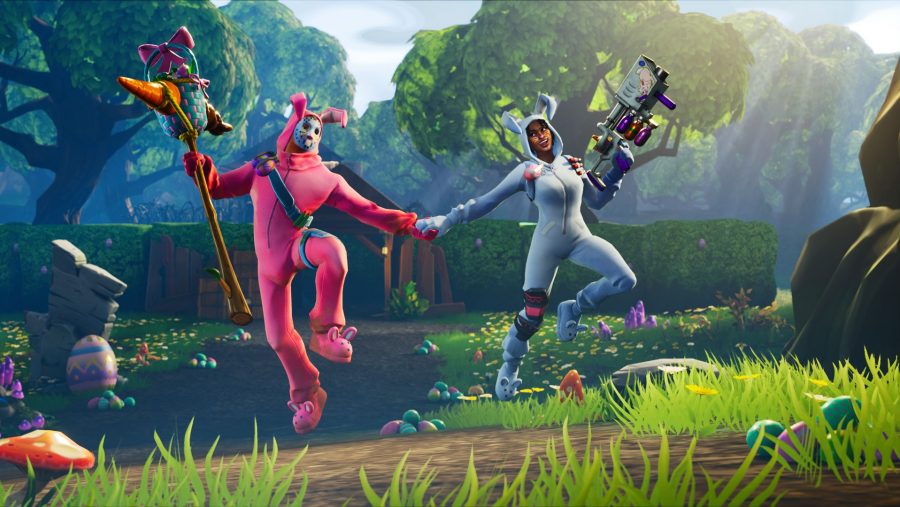 To be fair, on paper, that’s not what a battle royale needs to do – it’s about being the last person standing, not exploring a map with a skip in your step. Except that’s exactly what Fortnite offers, and what has helped to propel it above all else. After all, who doesn’t need a break from the crossfire? Breaking into a dance with another player while wearing an enormous pink onesie is exactly what you need sometimes. It’s good, clean, tongue-in-cheek fun.

What's the point in getting a Victory Royale if you can't look absolutely ridiculous while doing it? One of the many joys of Fortnite is the range of skins you can buy and unlock in its item shop. We go over all of them so you can find the ones you want and work towards getting them.

Over the past few seasons, Epic has only played up this sillier part of its battle royale, and continued to provoke ongoing fan theories that have popped up around the game’s lore. The comet, the rocket launch, and now Kevin the cube have thrown up an exciting narrative, tying Fortnite together as an ongoing game, rather than a series of deadly matches. Call of Duty’s Blackout mode seems to acknowledge the appeal of the battle royale’s more leisurely side through its basketball – which can be used as a weapon – as well as its katana, grappling hook, and Ray Gun. It suggests that developer Treyarch is willing to move Blackout away from its military game roots in order to survive, if it has to.

Whatever you make of Fornite’s meta (double pumps were a load of rubbish, and that’s not up for debate), what the game is best at is giving us a pleasant online space to be in. It’s as much a game that caters to hardcore players as it is somewhere for us all to hang out with friends. And with a host of other battle royales fighting to be the most fast-paced, violent, and dystopic game out there, it seems Fortnite’s lighter and more entertaining approach will continue to let it reign.