Fortnite’s Battle Royale mode is becoming an increasingly big deal – it recently propelled the game overall to 20 million unique players, just ahead of the mighty PlayerUnknown’s Battlegrounds. Accordingly, developers Epic have published a blog acknowledging weaknesses in its current state, and outlining an ambitious plan to support it in the future, including custom games, tournament support, more items and weapons, and plenty more.

Want to join the millions? Learn the ropes with our Fortnite: Battle Royale guide.

The Fortnite team acknowledge some deficiencies on the game’s social side and on team killing. They’re working on making it easier to find new friends, whether by rediscovering people you “had a great game with” or by importing friends from other social networks. They admit they “dropped the ball” on team killing, and say last week they began casting a wider net to catch more offenders, issuing “numerous warnings and bans.”

They are also working on better analytical models to catch the worst offenders, and in the longer term, “would love to have the ability to pair you with players with good reputation.” This possibly implies the inverse, which would be throwing toxic players in one bucket together – a tactic that PUBG may already be employing, according to anecdotal evidence from cheaters and griefers.

The map is getting updated with more points of interest to fill in “some of the empty spaces and introduce more gameplay variety.” Here’s a preview: 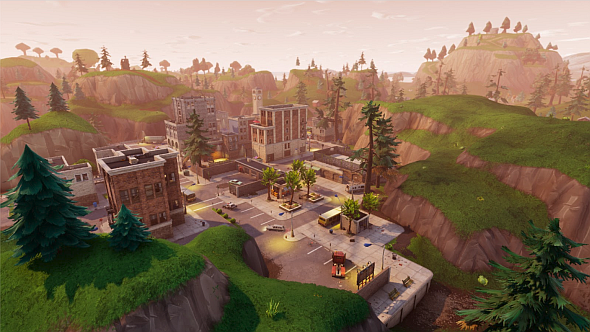 An inventory revamp, more cosmetics, more detailed post-match stats, and a new shooting model to remove bullet spread while aiming down sights are also planned for the short term. Further in the future, Epic say they’re “just beginning to scratch the surface of what we want to do”when it comes to adding new weapons and items, and they have big plans for Battle Royale’s competitive potential:

“We have early efforts exploring how we can expose tournament support, custom matches and leaderboards, and then combine that with the ability to modify some of the game rules as an offering. Custom games and tournament support also leans on spectator support. So yes, we’re working on a fully functioning spectator system and we look forward to sharing more details next year.”