All signs point to a new Fortnite mode hitting tomorrow, with jetpacks and all manner of heavy ordinance coming together in the Fly Explosives LTM. The mode surfaced thanks to dataminers last month, and a new playlist image has been found in the game suggesting that the mode will launch soon – and Epic’s been helping those hints along.

The Fly Explosives LTM will mark the return of jetpacks to the game, though apparently only in this mode and then only as floor loot. The mode will see “all explosive-type weapons” make an appearance, with treasure chests and supply drops serving as particularly common sources. The LTM will be playable in solo, duo, and squad configurations.

That description came courtesy of FNBRLeaks on Twitter back in June, and the new playlist image for the mode has been unearthed courtesy of Fortnite Intel. It shows a handful of players flying on jetpacks and wielding explosives which, uh, yeah – that’s pretty much what we expected.

That’s all unofficial, but what we do know for sure is that tomorrow will see the launch of the 5.10 content update, which Epic invites you to “blast off” in. That’s likely at least in part a reference to the return of guided missiles, but on Reddit Epic reps have been posting suggestive emoji in response to questions about jetpacks. I think that’s what that face means, but I can’t be sure – I’m an old man.

Fortnite jetpacks were billed as a limited time item, and by the time they left the game it was clear that their existing implementation was disrupting balance more than intended. Maybe they’ll find a better niche as part of this LTM – assuming, of course, it does launch tomorrow. 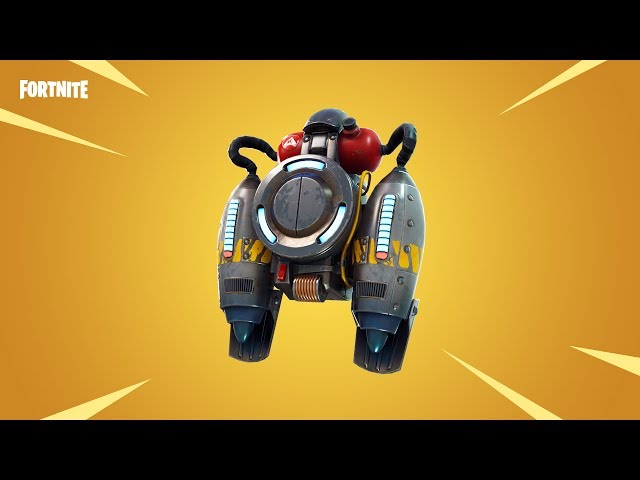 To keep current on the latest update, check out the Fortnite 5.1 patch notes, or look into our Fortnite tips and tricks for some help in your quest for victory royale.