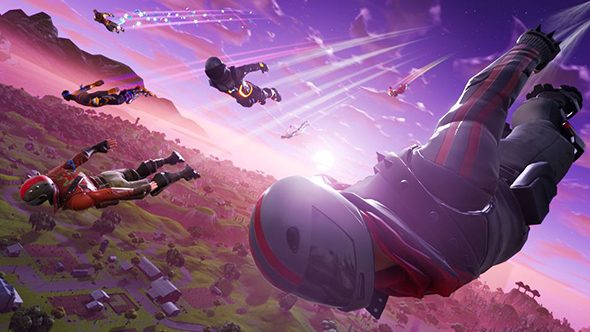 Nearly 80,000 Fortnite cheaters are in for a nasty surprise, as a bit of adware has been discovered inside a popular Fortnite hack. The fact that malicious software is, indeed, malicious should come as no surprise, but the breakdown of how it’s been distributed is still enlightening.

That breakdown comes courtesy of Andrew Sampson, CEO of game streaming platform Rainway. On June 26, the company found “hundreds of thousands of error reports to our tracker” coming in at once. Those errors all involved calls to various ad platforms, and were sudden enough to be an immediate cause of concern.

Get a non-infectious free ride with the best free games on PC.

The folks at Rainway found the one thing all the error-reporting users had in common was that they played Fortnite – so, with suspicions about the root of all this, they started looking up Fortnite hacks to find the particular culprit. Among hundreds of programs – many of them featuring their own malicious extras – they found the one causing the error.

After trawling YouTube for popular cheats, they found a hack that promised free V-Bucks and an aimbot as an alluring two-for-one deal. It installed a root certificate on their test device and altered Windows to route all web traffic through itself – as a cybersecurity specialist might call it, a successful man in the middle attack.

Rainway contacted the file hosts, who quickly took it down, though not before it had accumulated more than 78,000 downloads. Of the two ad networks they contacted in relation to the attack, SpringServe worked to help identify and remove the “abusive creatives,” while Adtelligent has not responded to those reports.

“Epic could do a better job at educating their users on these malicious programs and helping them understand how airtight Fortnite’s systems are at preventing cheating,” writes Sampson in the blog post. “I’d also recommend they spend more time moderating YouTube to help take down these videos to avert a countless number of people from pwning themselves. Sometimes the allure of cheating is powerful, and a strong presence is needed to help push people in the right direction.”

I doubt many tears will be shed for the cheaters who’ll have to reformat their PCs in the wake of all this, but keep this lesson in mind: there’s no such thing as a free V-Buck. You’re still going to have to pay for those Fortnite skins, one way or another.