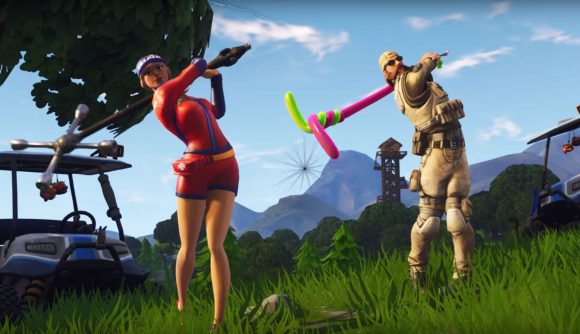 Fortnite’s new matchmaking rules mean that keyboard and mouse players will be matched together, regardless of their original platforms. That means that no matter whether you’re playing on console or PC, the group of people you play against will be determined by what you’re using to control your character.

What that boils down to, according to Epic’s initial announcement, is that “if anyone in your party uses a mouse and keyboard on console, you will be matchmade with PC players and other KB+M players (as if you partied up with a PC player).” Current crossplay rules “still apply,” meaning that if three members of your squad are on console but one is on PC, you’ll still be matchmade as part of the PC pool, rather than the console pool.

For those of you who play on PC but still choose to use a gamepad to play their Fortnite, Epic also note that “we are hoping to land [custom controls] later in the year.” This will “give you the ability to completely remap your gamepad to exactly [suit] your preference.”

The changes are likely to come in at some point later in Fortnite Season 6, but it is of course possible that we don’t see them until the release of the next season. Check out the Fortnite week 7 challenges if you still need to kill time between now and then, and be rewarded with your sweet, sweet Battle Stars.