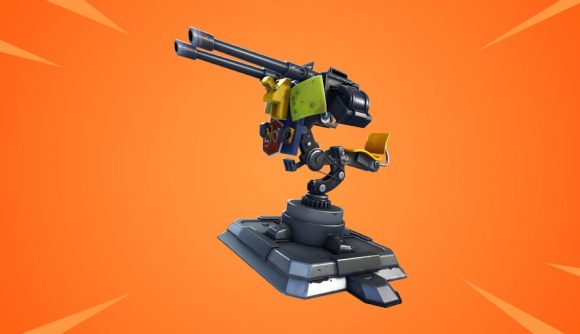 The mounted turret will be a static item that is thrown onto the ground like a Port-a-Fort. Luckily, they don’t fire automatically once deployed – can you imagine? – as, instead, you’ll need to hop your little Fortnite butt into the seat and aim the barrel at your enemies yourself.

The in-game message that announced the mounted turret came with a description that backs all this up. “Place the Mounted Turret and hop in to apply some suppressive fire! Careful not to overheat,” it reads, as Eurogamer reveals.

Expect to hear much more about the mounted turret in the next few days, then. Meanwhile, you can check out the official NFL outfits that were added to the game recently – you just have to cough up a few V-Bucks to get them.

Otherwise, did you hear about what else is coming to Fortnite? There’s an aerial vehicle called the Bumble and it seems a fantasy castle is coming too – it can be seen through the rifts.