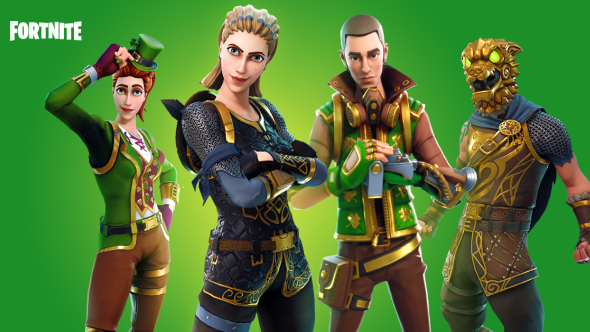 Something weird just happened on one of Fortnite sensation Ninja’s streams: a player, wearing a leprechaun skin, was smaller than other players.

Battle of the battle royales: which is better, Fortnite or PUBG?

Ninja promptly blew the happy little imp away but, noticing her small size, tweeted out a clip of the evidence. As he points out, this player was quite clearly smaller than everyone else.

I SWEAR TO GOD THIS WAS A Leprechaun IN GAME!! SHE WAS SMALLER pic.twitter.com/GlN9nwXCkJ

As Goldeneye’s Oddjob taught so many Nintendo fans in the ’90s, being smaller than other players is a clear advantage (though making leprechauns being smaller than humans reflects an admirable dedication to mythological authenticity). Moreover, since that leprechaun skin – named Sgt Green Clover – is a paid-for cosmetic, the thread underneath that tweet is already attracting one of the most hated three character acronyms in gaming: ‘P2W’.

We can all relax though – those accusations are probably made with tongues in cheeks, or out of ignorance. The skin doesn’t make you smaller under normal circumstances, as this gameplay of a regular-sized leprechaun shows.

One commenter claims it’s a rare bug that they have seen with prime skins before, saying the character is knee-deep in the ground and thusappearsshorter. Though you can see the leprechaun’s feet in this instance, a bug is the likeliest explanation. Here’s hoping it’s also rare, and that Epic get it fixed soon.