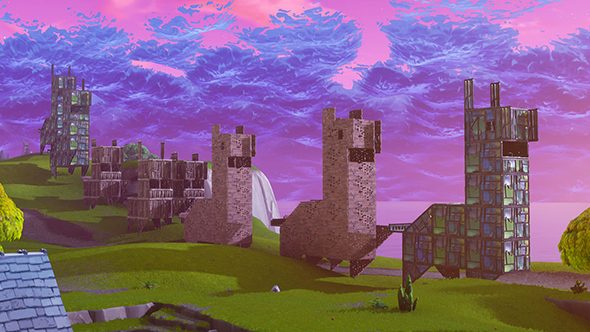 Fortnite’s Playground mode finally went live this week after a series of delays, but the community creations have already been making up for lost time. Now we know – as many suspected – that Epic plans to make the mode permanent, allowing you ample opportunity to get your practice rounds in with friends.

On the Fortnite Twitch channel, a member of the team comments that “we are working on a version where we can keep Playground as a mode, not just a Limited Time Mode.” No further details beyond that, but this does serve as confirmation that we should expect it – eventually.

Stretch your creative muscle with the best sandbox games on PC.

The comment was captured and now lives forever on Reddit, as most things on the internet tend to do. With Playground’s usefulness as a practice arena, it makes plenty of sense as a regularly accessible game type, and there are plenty of other reasons to keep it around. With an open map free from the threat of other players, the new limited-time mode has provided ample opportunity for creative types to build some impressive creations.

For example, there’s the Mario Kart-style race track running built in Tilted Towers, allowing shopping cart-mounted players to race all through the city. The Reddit video livens up the action with some classic Nintendo sounds to really sell the impromptu minigame.

Other creations have been more practical, like a sniper rifle testing range, offering a controlled opportunity to really test the limits of your aim and work out the intricacies of bullet drop, as you can see above. Still more game recreations include Call of Duty’s Nuketown map, perfect for testing your 1v1 skills. Then there are the creations built for the sheer heck of it, like a giant llama migration so impressive even Epic is sharing it.

Playground mode at least feels like a step toward support for custom games, and hopefully that permanent version will offer a few more options than the current LTM. Either way, permanent access to the Playground is exciting indeed, especially if it means we can continue seeing the wacky – and occasionally useful – community creations that come along with it.