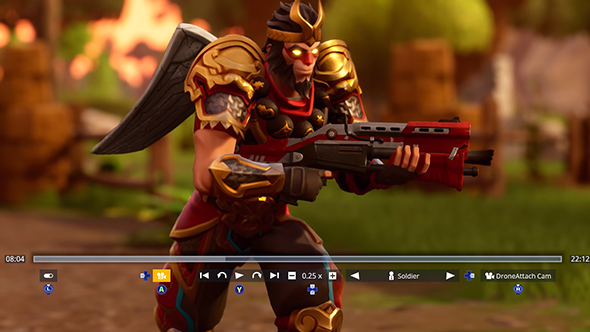 Epic’s Unreal Engine presentation at GDC is underway, showcasing behind-the-scenes updates to the tech which powers plenty of modern games. The first titles to benefit from those updates are naturally Epic’s own. Built-in replay functions are coming to the engine in the 4.20 update this summer, and Fortnite’s getting the feature too.

Still choosing your battle royale of choice? Here’s what you need to know about Fortnite vs. PUBG.

The replay function will allow Fortnite players to jump into a previous game and view the action from any angle while easily scrubbing back and forth through the match. The camera will be fully detachable, and you’ll even have more detailed visual options like exposure, aperture, and specific focus controls.

You can get a more detailed look at the new feature courtesy of Epic and YouTuber Ali-A in the video above. There’s no specific release date just yet, but it seems we’ll be seeing those Fortnite replays sooner rather than later. With that and PUBG’s replay system, you’ve got plenty of new perspectives on your battle royale triumphs and tragedies.