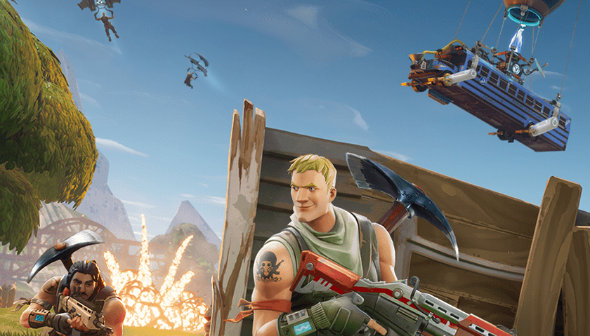 The placebo effect is a powerful thing, and while usually applied to medicine, there’s no reason it can’t play a part in your favourite videogames. That includes Fortnite, as Epic say they’ve seen an interesting change in the way players are using some of the battle royale’s guns.

A few weeks ago, Epic changed the rarity of two of its weapons – the Pump and Tactical Shotguns. In the game, rarity is expressed through colour – grey weapons are the most common, and do the least damage, while Uncommon, Rare, Epic, and Legendary weapons do more damage, but are rarer.

Epic recently decided that the rarities of the shotguns mentioned above didn’t really express their capabilities. As a result, the Tactical Shotguns changed from being Uncommon/Rare/Epic to Common/Uncommon/Rare, while the Pump Shotguns went from Common/Uncommon to Uncommon/Rare. While the rarities changed, the actual values attached to the weapons remained exactly the same – there were no increases in damage, fire-rate, recoil, or drop-rate on any variant of either weapon.

Apparently though, that didn’t matter one bit, as players seem to have taken the weapons’ rarities as a direct expression of their power. A tweet from Eric Williamson, Fortnite Battle Royale’s design lead, says that there was an enormous power shift, which saw Pump Shotgun kills rise by 36%, almost overnight. Meanwhile, Tactical Shotgun kills fell by 23% in the same timeframe. Since then, both weapons have moved closer to a 50/50 share of kills, but given that that’s shifted from 62/38 in just a few days – despite no actual change in how the weapons work – it’s pretty impressive.

It’s not the first time something like this has happened – Riot Games saw a similar situation a few years ago when they announced a nerf to a champion and saw its win-rate drop a few percentage points. Later, they discovered that the nerf had never shipped, and players were imagining the drop in power. That was just a few points however – Williamson told Kotaku that “we expected a slight change, but not that dramatic,” and that “no balance change even comes close to the shift we saw here.”