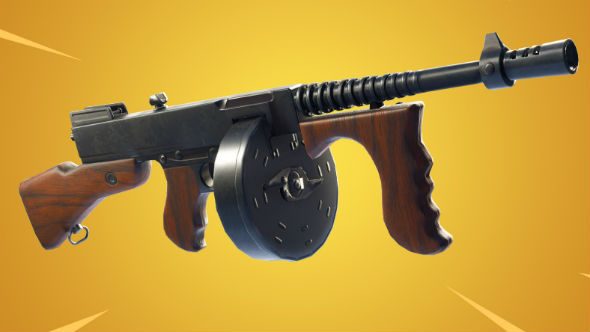 Every Fortnite update is a big deal. Fortnite Battle Royale is one of the most popular games on the planet, with a playerbase of nearly 50 million, and hundreds of years of livestreams taking place each week. Epic Games is keeping its game fresh with regular new updates every single week, which has helped keep the game buzzing around the collective consciousness. As ever, we’re here to help you keep on top of things – here’s our Fortnite update tracker for Battle Royale.

Fortnite updates tend to drop every Tuesday morning (GMT) and usually bring one major gameplay addition such as a new mode, weapon, or item, as well as a bunch of bug fixes. Our Fortnite update tracker will keep you posted on just the headline additions, but we’ll also make sure to mention any other changes you should know about or point you towards the official patch notes.

Want more games like this? Check out the best multiplayer games on PC.

Anyway, enough with the filibustering, there are major new tools and modes to go over for Fortnite Battle Royale.

Epic are looking to the battlefields of World War 2 for their latest Fortnite update. The Drum Gun – otherwise known as the Tommy Gun or Thompson – boasts “the stopping power of a rifle and the fire rate of an SMG”. It is available in uncommon and rare variants and uses medium ammo with a 50-round capacity. Whether this blaster from the past indicates that the theme for the new season will be time travel remains to be seen until the Fortnite season 5 release date.

This week offers a new weapon and the arrival of the long-anticipated Playground Mode. The Dual Pistols come in Epic (41 damage) and Legendary (43 damage) rarities and can be found from floor loot, chests, and Supply Drops. As for Playground Mode, this is available as a limited time mode and will work by granting instant respawns on death, 10x normal resource yields, and 100 Llamas waiting for players across the map. You will have 55 minutes to loot, fight, create, and destroy before the Storm starts closing in.

After weeks of massive new updates and items that drastically alter Fortnite’s gameplay, it’s refreshing that this week’s Fortnite update v4.4 is as basic as they come. The new Fortnite weapon is the Stink Bomb, which explodes on impact creating a cloud of damaging gas. Use this to flee when under fire or clear out enemy bases. Aside from that, there’s the Final Fight LTM to play this week, which pits two teams of 20 against each other in a much larger final circle – the team with the most players alive when the timer runs out wins.

If your aim with assault rifles in Fortnite Battle Royale is sorely lacking, this new weapon in the latest Fortnite update will be just for you. The Thermal Scope Assault Rifle has landed, allowing you to better identify and dispatch foes from a distance. Also we can make use of a new functionality for the Bouncer Trap, added last week. Now these and other traps can be placed on ramps, player-built stairs, and sloping roofs.

A new type of trap is live in Fortnite Battle Royale. The Bouncer trap can be placed just like its spiky counterpart, but instead of impaling your enemies it launches them into the air (or sideways if you place it on a wall). Fortnite Bouncer Traps are looted in stacks of three, which should let you get creative with combinations. Two things make the Bouncer trap especially interesting: it affects Shopping Carts and whoever is bounced is immune to fall damage.

Fortnite finally gets vehicles, and in typical Fortnite fashion, those vehicles are Shopping Carts. You can roll these vehicles around on your own or have a friend sit in the trolley to provide firing support. This week you also get to jump into Blitz V2 and Teams of 20 V2. You can now track challenge progression in-game thanks to a new UI element. Finally, mushrooms can be foraged and consumed, granting five shield each (up to 100) – handy if you can’t find any small shield potions around.

After months of teasing, Jetpacks are finally in Fortnite – they take the form of backpacks, which are a new category of Fortnite items. The Jetpack is activated like a double-jump and you cannot target while it is active – this backpack also has to charge between uses and will be destroyed once you’ve used up all of its fuel. Aside from this shiny new gadget, Fortnite is also getting two limited-time modes: Solid Gold returns with some tweaks, while Close Encounters kits everyone out with Jetpacks and shotguns.

Fortnite’s v4.2 update includesthe Burst Assault Rifle. Coming in epic and legendary variants, this new rifle uses medium ammo, deals 32/33 damage, and can be found as floor loot, inside chests, in supply drops, and from vending machines. Apples have also been added, which restore five points of health for each core consumed up to 100, or full health.

It’s fitting that the first update of the superhero-themed Fortnite season 4 brings an official Avengers crossover event to the game in the form of a new limited-time event called Infinity Gauntlet. In the new mode, a meteor will strike delivering the Infinity Gauntlet to the map – whoever picks it up will assume its power until killed, including Thanos abilities like super jumps, buffed health and shield, and a smash attack.

Fortnite season 4 has arrived, bringing a haul of map changes, new gameplay items, and two new challenge types with it. So, what’s new? Dusty Depot has been struck by a meteor and turned into Dusty Divot, a massive crater with a research base in the centre of it. There are also new buildings and craters all over the map, as well as a drive-in movie theatre called Risky Reels.

Around these craters you’ll find a new item called Hop Rocks, which can be instantly consumed for a temporary low-gravity effect that lets you jump higher and take no fall damage. Alongside the new Fortnite season 4 Battle Pass you’ll also find two new types of challenges: Carbide and Blockbuster. Finally, wave goodbye to the Crossbow, the weapon has been axed from the game.

Sticky grenades arrive in the new Fortnite update. These Clingers are effectively grenades with a plunger attached to them, ideal for trolling enemies and knocking down buildings. You can only find the Clinger in the uncommon rarity, and its addition has reduced the chance of finding Remote Explosives by 40%. The rest of Fortnite update v3.6 offers general tweaks to the game balance and bug fixes.

A fresh Fortnite update has arrived, bringing the new base-building Port-a-Forts to Battle Royale. The base-building grenade will immediately spring up a three-tier tower. The update also adds a new replay system.

The latest Fortnite update brings vending machines to Battle Royale, allowing you to swap materials for weapons, traps, and potions. The update also heralded the arrival of the limited time High Explosives mode.

Fortnite update v3.4 goes live today, introducing the guided missile to Fortnite Battle Royale. Update v3.4 will also change the rarities of the Pump and Tactical shotguns, meaning blue Pumps and common Tacs will be introduced to the game.

A new weapon is live in Fortnite Battle Royale right now. The Heavy Shotgun has the spread of a Tactical Shotgun but lots more range, so you can blow your enemies away from far away.

The latest Fortnite update brings a new Limited Time Mode to the game. Blitz Mode adds more loot, faster-dropping supply crates, and bonus launchpad spawns. There’ll be more resources and the zone will move in immediately, so get a move on!

Fortnite cross-play has also been enabled with v3.3, but it’s not quite clear how it works just yet.

Fortnite update v3.2 brings a new limited-time game mode to Fortnite Battle Royale. Teams of 20 is exactly as it sounds as it pits five teams of 20 players against each other. There’s also a new skin, Burnout, available with the update.

Fortnite update v3.1 adds a whole new point of interest to the island. Lucky Landing can be found on the very south coast, beneath Tilted Towers. V3.1 also adds the Hunting Rifle to the game, allowing you to practice your no-scopes.