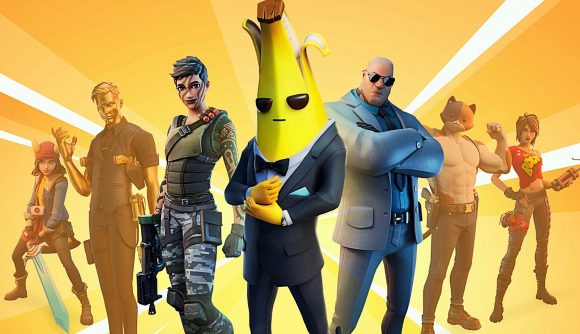 Italy recently confirmed it was shutting all schools for a period of time in response to the outbreak of the COVID-19 virus. It now seems this has resulted in a significant surge in internet traffic, as youngsters are getting stuck into online multiplayer games like Fortnite at home.

As reported by Bloomberg, Italy – which has seen the biggest outbreak of the virus in Europe according to the latest WHO situation report – has seen the amount of data travelling through telecommunications company Italia SpA’s nationwide network increase by over two thirds in the last two weeks. It seems much of this surge is due to players jumping into battle royale games and other online multiplayers like Fortnite.

Luigi Gubitosi, Telecom Italia CEO, told analysts in call this week: “We reported an increase of more than 70% of Internet traffic over our landline network, with a big contribution from online gaming such as Fortnite.”

As highlighted by the site, games such as these typically have a bigger demand on bandwidth than the business-related tools, conference apps, and programs adults will be using while working from home.

The World Health Organisation has this week announced the COVID-19 outbreak “can be characterised as a pandemic.” The BBC reports the virus has now resulted in the deaths of over 1,000 people in Italy, though the country’s foreign minister Luigi Di Maio has said the measures the country has put in place in the first area of the outbreak are proving to be effective.

The WHO has information and guidance on the COVID-19 virus on its website, which you can find here, as well as advice for the public on how to protect yourself against it.