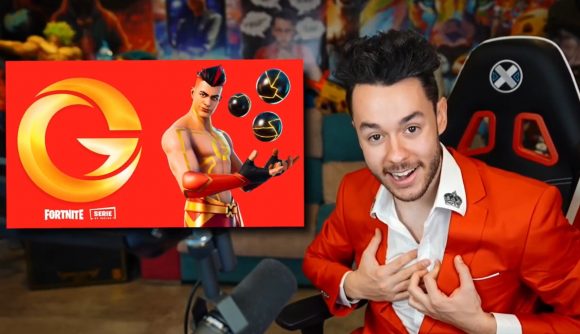 TheGrefg, a Spanish-language Twitch streamer, just got a skin in Fortnite. During his reveal stream for the new addition to the game, David ‘TheGrefg’ Martínez broke every concurrent viewership record on Twitch – most of them by astronomical figures. TheGrefg’s stream reached a peak of over 2.4 million concurrent viewers.

The previous concurrent viewer record for an individual streamer was set by Ninja way back in 2018, when he streamed Fortnite alongside Drake to a peak of 635,000 viewers. Esports organisation Eleague had previously held the overall record for Twitch viewers, with a peak of over 1.1 million viewers also set in 2018. (The PlayStation 5 reveal also reached over 1 million viewers in 2020, for comparison.)

So yes, TheGrefg just doubled Twitch’s previous concurrent viewer record, and he’s got his own Fortnite skin, due to hit the Item shop on January 16. It’s part of the Icon series, and joins other skins for streamers like Ninja, LoserFruit, and Lachlan.

For my fellow English-speaking Twitch observers, it’s worth noting that Spanish-language streamers have already been posting some breakout numbers on the platform lately. TheGrefg is one of the names which helped bring about Rust’s massive Twitch resurgence.

If you thought battle royale games – or, heck, Twitch streaming – were gonna fade away, well… it looks like the peaks are only just beginning.