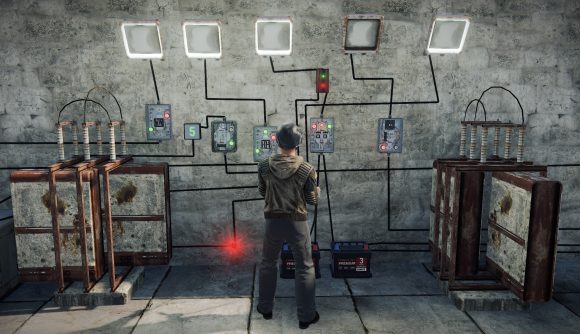 Rust is one of the most venerable names in survival games, but it seems that the best days for Facepunch’s nudity simulator are still ahead. Rust has made a big resurgence on Twitch thanks to an international array of big-name streamers, and the new visibility has led to a new all-time player peak for the game on Steam.

Rust reached a new peak concurrent player count of 134,483 today, as SteamDB shows. That’s not massively higher than previous records – daily peaks have tended to run from 70k to 100k throughout 2020, reaching as high as 125k back in April – but it’s impressive to see a game that’s been around for the better part of a decade continue to hit new records.

On Twitch, however, Rust has been hitting astronomical heights, with peaks well over 1 million viewers. Prior to the past month, those peaks tended to be well under 100k. Those new view counts are buoyed by streamers including Shroud and xQc in a new communal server, for English-speaking audiences. A number of massive Spanish-language Twitch streamers have also been bringing their audiences along.

The Rust devs themselves are certainly enjoying it.

We have just joined the 1 million viewers club on @Twitch ! POGGERS in chat! pic.twitter.com/gJRUS4PjxU

Rust’s updates are as prolific as ever, too, as the December update has brought us a tech tree system, and another biggun is set to land in just a few days.