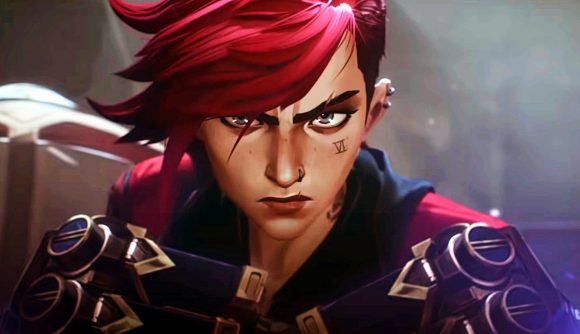 After close to two years away, it’s all but confirmed that Tilted Towers is returning to Fortnite. We’ve had a few teases before today’s maintenance, but the datamines have come flooding in now that the update is available for download.

Twitter account Fortnite News has posted a picture of Titled Towers on the map, which is surrounded by land on three sides and a lake on the other. TweaBR, meanwhile, has shared a snap on Twitter of what the city looks like in-game without snow.

We’ve had some idea that Tilted Towers was making its return for a while now. As Epic Games is known to do, there have been several in-game teases of building tops being revealed by gradually melting snow. When Epic Games tweeted out the Fortnite 19.10 release time, the developer also shared an image of a city emoji. Prominent dataminer Hypex also reported earlier this month that we should be getting Tilted Towers soon, so the popular city’s return has been on fans’ minds for a while now.

That’s not all that’s coming in the update, either. Fans have also dug up a bundle relating to League of Legends’ Arcane show, which features Vi and several other items.

VI IS COMING TO FORTNITE

Downtime for update 19.10 started at 1am PST / 4am EST / 9am GMT, though it typically only takes a few hours, so you’ll be able to jump in soon. For more of the best battle royale games while you wait, though, you can follow that link.