How to get the Wolverine skin in Fortnite? Chapter 2 Season 4 has arrived and with it a whole new set of challenges, a new team HQ, and a new skin to spend weeks of challenges striving towards.

This season is a Marvel crossover, and features all our superhero favourites from Thor to Captain America, and as is the new way with season updates, a brand new skin that you can slowly unlock after weeks of challenges. Previously we’ve been able to unlock the Deadpool and Aquaman skin, and this season you can get your hands on the Wolverine skin in Fortnite by completing weekly challenges. You can find these challenges in the team HQ, where the likes of Thor, Iron Man, Storm, and She-Hulk are sitting around the challenge map ruminating on how to save the world.

It appears Experiment X has been leaving mysterious claw marks around the Fornite map, specifically Weeping Woods, here are all the locations: 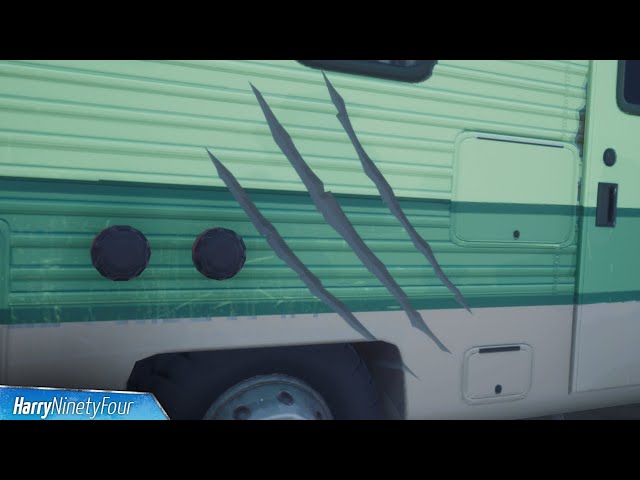 Although, we have come across more than just these claw marks listed, so there’s a good chance if you’re hanging out in Weeping Woods that you’ll stumble across the mysterious claw marks in Fortnite.

Find the Loading Screen picture at a Quinjet Patrol site

Get the wolverine trophy from dirty docks

This week you’ll have to find Wolverine’s Trophy. Travel to Dirty Docks on the far right side of the map, and enter the building south of the main area – the white building on the L at the bottom of the Docks. If you’re entering through the back door, head into the small ground floor storage room with shelves and barrels in it. There will be a crate directly in front of you – break it and the trophy should be inside!

Launch off all sentinel hands in Fortnite

This week’s challenge is nice and easy, head to the sentinel graveyard to the east of Weeping Woods, and simply jump on one of the sentinel hands and it will propel you into the air, automatically transporting you from hand to hand until you’ve jumped on all six.

Wolverine is finally free, but before you head off to fight him, you need to find the transport truck he has broken out of. The truck can be found on the edge of the Fortnite map, by the island with the lighthouse, northwest of the map and Doom’s Domain.

You can now unlock the Wolverine skin by defeating him – here’s where you’ll find Wolverine in Fortnite for the final week 6 challenge.