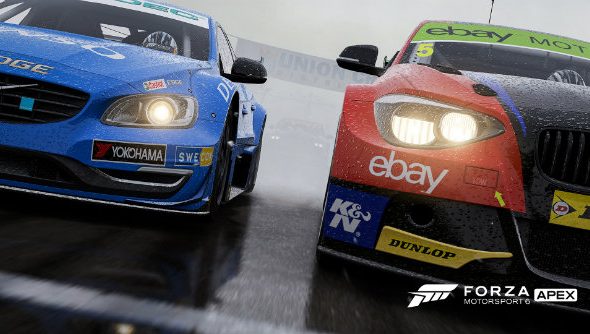 Forza 6: Apex is available now in beta through the Windows Store, exclusively for Windows 10, marking the first time the Xbox racer has ever been available on PC.

If you fancy checking the beta out, it’s currently free on the Windows Store.

While it might be the first time we’ve been treated to a racer from the acclaimed series, it looks like there are plans for more on the horizon (yes, that was a bad pun), with Microsoft saying: “Apex represents the critical first step in the future of the Forza franchise as it expands into Windows 10 PCs”.

Forza 6: Apex features 63 cars – each with full damage modeling – all driveable across 20 tracks from six locations. Time of day and weather adds yet more variety.

The beta will allow developer Turn 10 to optimise the game across as many hardware configurations as possible, with improvements planned to land across the beta’s duration. Wheel support is at the top of the agenda.

Here are the recommended specs: