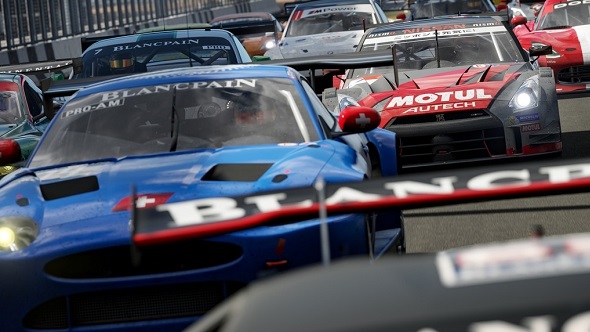 Following its reveal at the Microsoft conference during E3, Forza 7 developers Turn 10 are keen to make this installment great on both PC and console. In an interview with Nvidia, executive producer Ryan Cooper discussed how developing Forza 7 for PC acts as a massive landmark for Turn 10 as a studio.

Put the pedal to the floor with these great PC racing games.

According to Cooper, the studio are “really focusing” on making the PC version of Forza 7 as great as it can be, with previous titles Forza Horizon and Forza Apex acting as helpful lessons in PC development.

With the increased power of the PC, Turn 10 can really focus on the details, like the dynamic weather system and how each car reacts to rain, wind, and mud. As Turn 10 are really pushing Forza 7 in 4K, the PC version allows them to craft a “real great sense of immersion” and create a racing game that “looks, sounds, and feels unlike anything [they]’ve ever created.”

Rather than being just for show, Forza 7’s weather system will force drivers to change their driving line, as puddles form during a storm and interfere with your car’s grip. While you can tweak weather settings before race start, no two storms will be the same, so racers will really have to focus whenever the rain clouds roll in.

“You’ll start to see parts shake and rattle” says Cooper, with your car actually reacting to the 180+mph speeds that you’ll be pulling around certain tracks. Whether it’s the car, the weather, or the track itself, everything in Forza 7 is dynamically changing to create an exciting racing experience.

If you can’t wait to hit the tarmac, Forza 7 releases on PC October 3.

Can you run it? Check the Forza 7 system requirements on PCGameBenchmark.